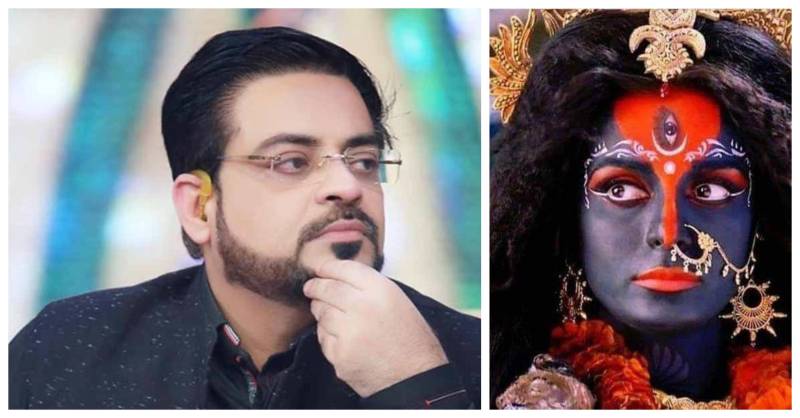 KARACHI – Pakistan Tehreek e Insaf MNA and famous TV presenter Dr. Aamir Liaquat Hussain has sparked another controversy after he posted a picture of a Hindu goddess while being sarcastic towards PML-N vice president Maryam Nawaz.

Following the event on Twitter, Pakistan Hindu Council on Wednesday reacted in a scathing way toward the disrespect of the Hindu goddess.

Dr. Ramesh of PHC intimidates Amir Liaqat on the social media platform. Patron in chief of PHC gave an ultimatum to remove the tweet or else they will stage protests against the blasphemy. Aamir’s terrible step has caused anxiety among the Hindu community.

Strongly condemned this shameful act by someone who claims to be a religious scholar also but doesn't know respect to other religions. Delete this tweet immediately otherwise we reserve right to demand strict action under the Blasphemy Act and protest across the country. https://t.co/yWgK8W19DM

"Delete this tweet immediately otherwise we reserve the right to demand strict action under the Blasphemy Act and protest across the country," he wrote in a tweet.

Earlier on Saturday, PML-N Vice-President Maryam Nawaz while addressing the crowd, warned the government to back away from stealing votes in the Daska by-election, otherwise they will see a 'different face of her.’

Pakistan- The most discussed host and now politician, Amir Liaqat is back in the news and this time even making things ...