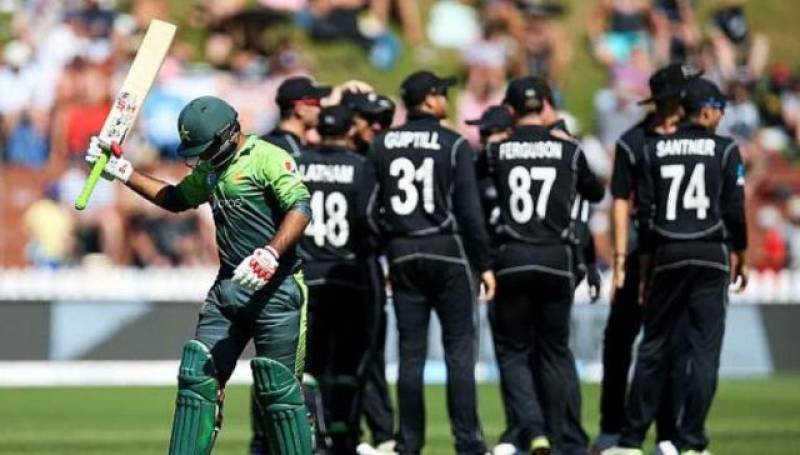 AUCKLAND - Pakistan thrashed New Zealand by 48 runs in the second T20 match to level the series 1-1 in a high-scoring thriller at Eden Park, Auckland on Thursday.

After winning the toss, Sarfaraz Ahmad's men pile up a huge score of 201-4 in stipulated overs. Openers - Ahmed Shehzad and Fakhar Zaman took a smashing start as Fakhar made 50 runs off 28 balls and Shehzad scored 44 off 34.

Skipper Sarfraz Ahmad made 41 off 24 before getting caught, while Faheem Ashraf scored zero. The match started at 11:00am. Ptv Sports broadcast live coverage for Pakistani fans only.

Opening batsman @FakharZamanLive is the Man of the Match for his scintillating half century #NZvPAK pic.twitter.com/Cyzpvd47Ue

New Zealand head the series with a 1-0 lead in the three-match series. The green shirts will be looking to make a comeback in the series for which they are practising hard in the nets.

Pakistan performed poorly with the bat in the first game of the T20 series with nine of its batsmen failing to score in double figures. The side was bowled out for a low total of 105 runs.

Pakistan now face off against the hosts in the third and final T20 on Sunday, January 28.