I’m sorry I take none of what you said seriously: Anupam Kher hits back at Naseeruddin Shah 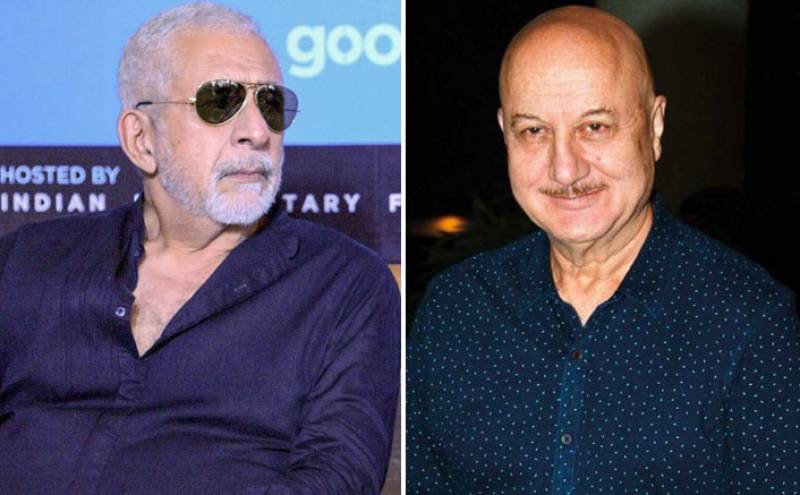 In a candid interview with The Wire, veteran Indian actor Naseeruddin Shah took a jibe at his industry colleague Anupam Kher by calling him a clown and much more.

Kher took to Twitter to hit back at Shah in a video message where he started off by saying, “Mr Naseeruddin Shah Sahab, I watched the interview where you spoke ill of me, called me a clown and a psycho, you also said it runs in my blood.”

“Thank you for your compliments but I’m sorry I take none of what you said seriously, nor can I.” He continued, “However I have never spoken ill of you, or said anything bad to you – but now I would certainly like to say you have spent your entire life, regardless of earning success, in frustration.”

Kher further explained how this was not the first time Shah had criticised anyone so blatantly, thus, his comments are utterly meaningless.“If you can criticise Dillip Kumar, Amitabh Bachchan, Rajesh Khanna, Shah Rukh Khan, Virat Kohli, then I am sure I’m in good company.” He then pointed out, “And none of these people took your statements seriously either because we all know, that it was not you, it has always been the ideals you follow which has clouded your distinction of right and wrong.”

At the end of the video, the veteran said, “if by speaking ill of me, you make it to the headlines for two days, then I grant you this happiness.”

Kher earlier faced immense backlash because of his stance on Indian occupied Kashmir. While many celebrities criticised the ongoing brutality, Kher shared how it was the ‘solution’ for Kashmir.