How many pilgrims would perform Hajj this year? Saudi Arabia reveals official numbers 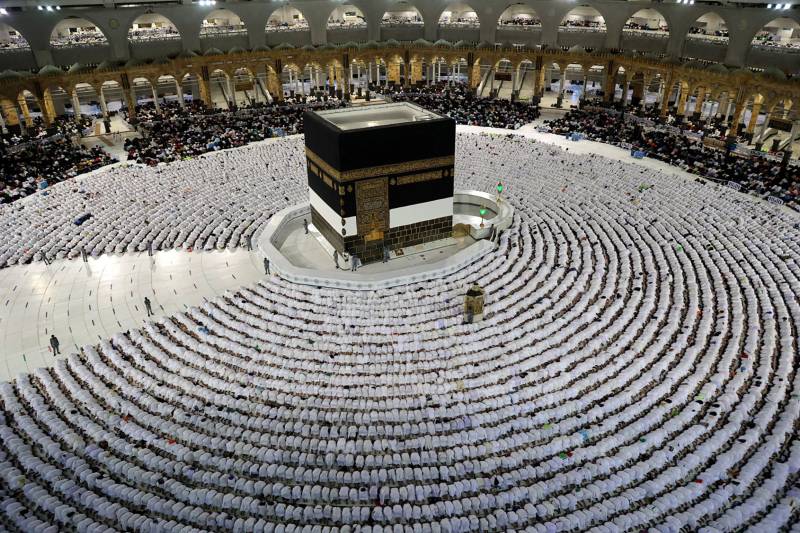 RIYADH - In a visible vindication of travel recovery, Saudi Arabia has announced that it would welcome two million pilgrims for Hajj this year.

The number is almost double of what the kingdom welcome last year for Hajj when Covid restrictions were still in place and social distancing protocols were followed in letter and spirit even at religious sites.

Saudi Arabia's Minister of Hajj and Umrah Dr. Tawfiq Al-Rabiah confirmed the numbers during his Algeria visit; the country would be sending 41,300 pilgrims for this year's Hajj.

The minister emphasized that his ministry and other agencies were going all out to provide best health and logistical services to all the pilgrims while highlighting the steps taken recently in this regard including the services being provided by the "Nusuk platform"  as well as slashing the cost of comprehensive insurance for Umrah.

Saudi Arabia hosts two of Islam's holiest sites in Makkah and Medinah and every year millions of pilgrims land in the kingdom for performing Umrah and Hajj. Due to Covid restrictions, the number of Hajj pilgrims fell from around 2 million to few thousands when the pandemic sent shockwaves across the world; however, the recovery started last year and for this year's Hajj, Saudi Arabia had announced that the pilgrims count would be restored to pre-Covid levels.

The number of pilgrims i.e 2 million confirms that the kingdom is on its way to restore the pilgrims count to what it was before the pandemic. The quota distribution for different countries would officially be communicated soon but Pakistan is likely to get a share of around 180,000 for this year (1444 AH) Hajj.

Travelers can now have stop-over transit visa of Saudi Arabia; here are the details