US Pompeo arrives in Saudi Arabia for Iran talks 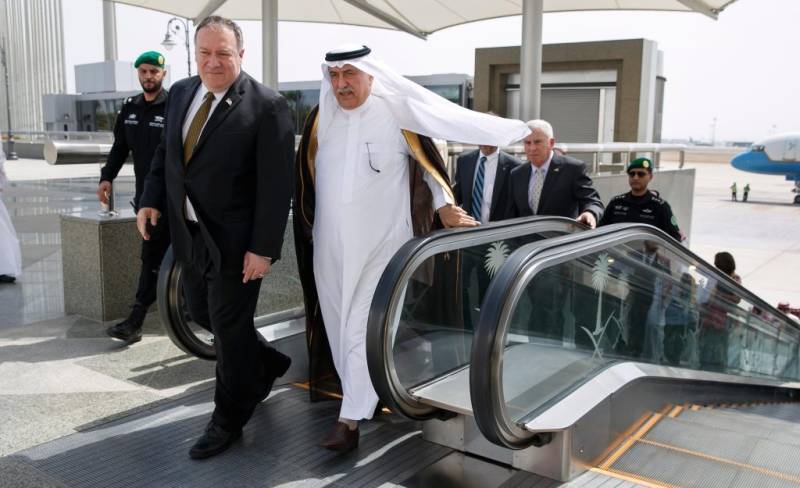 WASHINGTON – US Secretary of State Mike Pompeo on Monday arrived in Riyadh for talks with Saudi officials on tension with Iran.

On Sunday, Pompeo announced he was leaving for the Middle East to meet allies in the region to form a "global coalition" against Iran.

Pompeo's visit comes only days after the US and Iran came to the brink of war last week after Tehran shot down an American surveillance drone over the Strait of Hormuz.

US President Donald Trump, meanwhile, said he called off a retaliatory strike against Iran in the last minute because it wouldn't be a "proportionate" response.

Pompeo mentioned that the US administration was ready for negotiations with Iran.

Tensions have been rising between the US and Iran since May 2018 when Washington unilaterally withdrew from a landmark 2015 nuclear deal between Tehran and the five permanent members of the UN Security Council plus Germany and the EU.

The US has since embarked upon a diplomatic and economic campaign to ramp up pressure on Iran to force it to renegotiate the agreement.

Part of its campaign has included the re-imposition of US sanctions on exports of Iranian crude oil, which has sent the Iranian economy into a nosedive.

US President Donald Trump said Saturday he would put additional sanctions on Iran amid a recent rise in tensions ...

The US has also increased its military presence in the Middle East, deploying a carrier strike force, bomber task force and Patriot missile battery and using threats from Iran as justification for the actions.

Two weeks ago, the Trump administration announced it would be sending an additional 1,000 troops to the Middle East, citing "increased threats" from Iran.