Is locust helpful against coronavirus? PTI MNA comes up with new idea 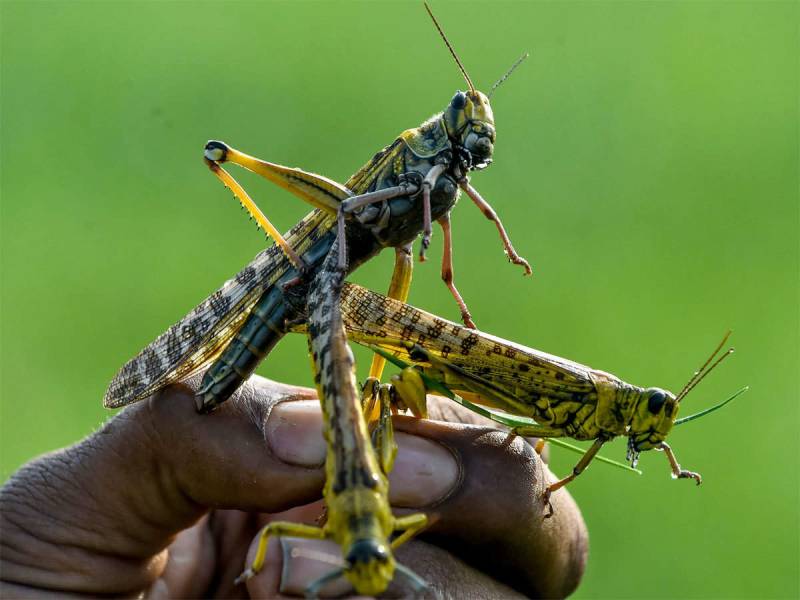 ISLAMABAD – The lawmakers of the ruling Pakistan Tehreek-e-Insaf (PTI) seem to be giving much attention to the novel coronavirus as recently State Minister for Climate Change Zartaj Gul Wazir has redefined the virus although it was a hilarious attempt.

This time ruling party’s legislator Riaz Fitayan gave a new hypothesis on how the locusts, which are continuously damaging crops in various districts of the country, might be helpful in defeating the deadly virus that has claimed lives of over 3,700 people.

He while addressing in the National Assembly said, “It is supposed that eating locust can boost immune system against the Covid-19,” adding that the government should conduct a research on it.

Swarms of desert locusts exist in Pakistan since the start of the year, damaging wheat, maize and other crops.

In February, Pakistan had declared a national emergency in response to locusts in the areas of South and upper Punjab of the country.

"We are facing the worst locust infestation in more than two decades and have decided to declare a national emergency to deal with the threat," then Information Minister Firdous Ashiq Awan had said.

COVID-19 means that the Corona Virus has 19 points that can be applied to any country based on their level of immunity," said Federal Minister for Climate Change Zartaj Gul during a current affairs show on PTV News.

On Saturday night, as soon as this bizarre statement was aired, the people took Twitter and started criticizing the PTI leader and saying that the minister did not even know what it was.

The minister's novel definition of the virus stirred a storm on social media.  Actually, COVID-19 means 'Coronavirus disease 2019'. The 'CO' in the word stands for corona, 'VI' for the virus and 'D' for the disease. Formerly, this disease was referred to as ‘2019 novel coronavirus’ or ‘2019-nCoV.’