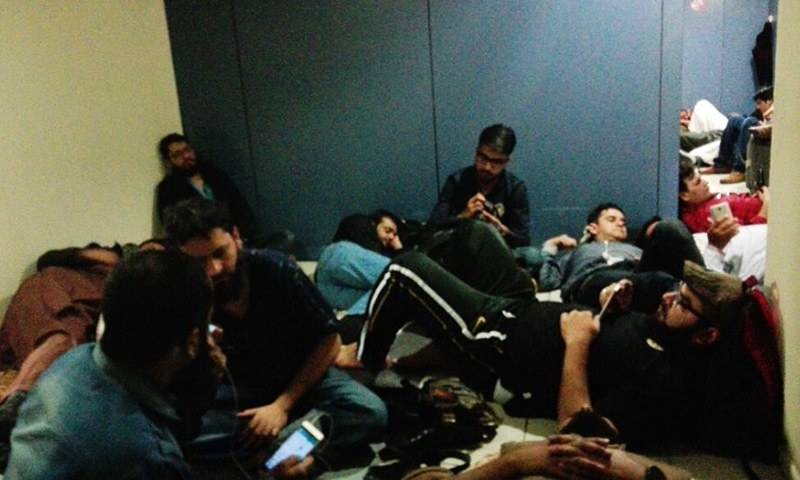 LAHORE (Staff Report) – At least 130 Pakistanis travelling to Russia have been detained by Russian authorities at Moscow airport for eight hours.

According to a video and pictures circulating on social media, around 150 Pakistani businessmen were taken to Russia by a private company to take part in an exhibition; however, authorities at Moscow airport detained about 130 people over incomplete documentation.

The man recording the group's video said the Pakistanis landed in Moscow at about 2.30am local time and are being held in custody at the airport, adding that some Turkish nationals were also held by authorities, however, they were later allow to leave.

Meanwhile, Pakistan Foreign Office has confirmed that 43  Pakistanis have been deported from Moscow.