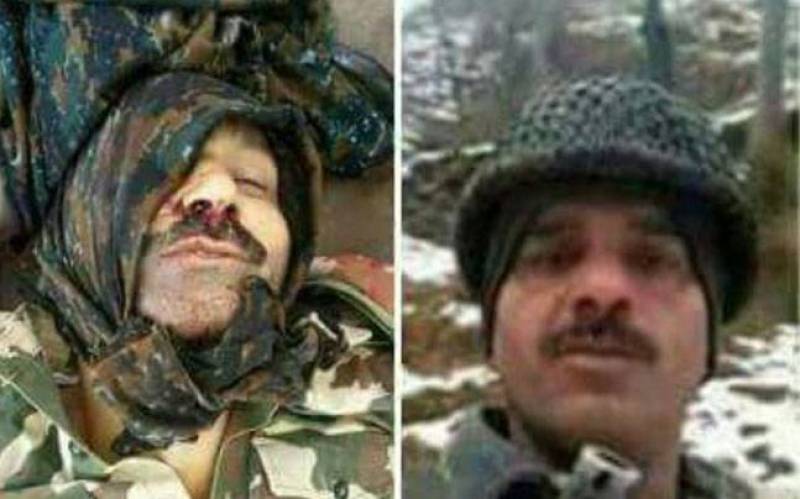 According to Outlook India, Sarmila, wife of Bahadur confirmed that the image in which a jawan with a bleeding nose and eyes closed was shown was not of Bahadur.

'A veteran jawan, who had seen the social media posts, had called me to inquire about my husband. I called him and have spoken with him. He is absolutely fine and is at the station, where he is awaiting the board of inquiry probing charges against and by him,' Sarmila Yadav told Outlook.

Scores of social media buffs shared images of an Indian soldier, believing it to be Bahadur while accusing Indian Army of victimising the soldier owing to his complaints.

However, Bahadur's wife and a BSF spokesperson confirmed that he was hale and hearty.

“Some of these posts have been shared by IDs which have ‘Indian-sounding’ names but it needs to be probed as to what is the geo-location of the posts and the users who have shared the false information,” said the official.

Tej Bahadur shot to fame when he filmed a video featuring himself and spilt the beans on poor working conditions suggesting corruption in Indian army.

Media reports suggested that Bahadur was made a plumber after his video blew the lid off corruption in Army.