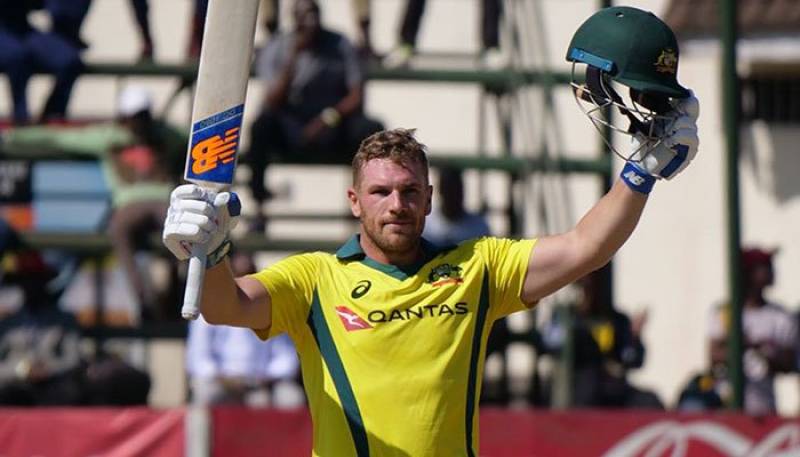 SHARJAH –  Australia's Aaron Finch’s unbeatable 153 runs innings helped his team to an eight-wicket win in the second ODI against Pakistan here on Sunday.

In reply, the Aussies chased the score in 47.5 overs. Opener Usman Khawaja scored 88 runs and Glen Maxwell departed on 19 after a runout.

Meanwhile, for Pakistan, spinner Yasir Shah picked one wicket in the match.

The Australian team lead the series 2-0. The third match will be played in Abu Dhabi (March 27) and the last two in Dubai (March 29 and 31).

Green Shirts hope the opening pair of Imam-ul-Haq and Shan Masood would give them a great start. Aaron Finch's side is unchanged from their series-opening victory on Friday, while Pakistan have handed a debut to exciting teenage quick Mohammad Hasnain in today’s match at the Sharjah Cricket Association Stadium.

Debutant Muhammad Hasnain getting his ODI cap from the head coach Mickey Arthur ahead of the second #PAKvAUS ODI. pic.twitter.com/5AwqCz4Y1r

Despite posting 280/5 on the scoreboard, Pakistan crumbled in the first ODI against Australia as the visitors chased down the target comfortably and won the match by eight wickets. Australian skipper Aaron Finch and Shaun Marsh were the key players for the visitors as the duo added 173 runs for the second wicket. Finch was sent back to the pavilion by Mohammad Abbas on 116, while his partner remained unbeaten on 91 and guided his team to victory.

SHARJAH – Australia humbled Pakistan in the first One Day International of the five match series being played at the ...