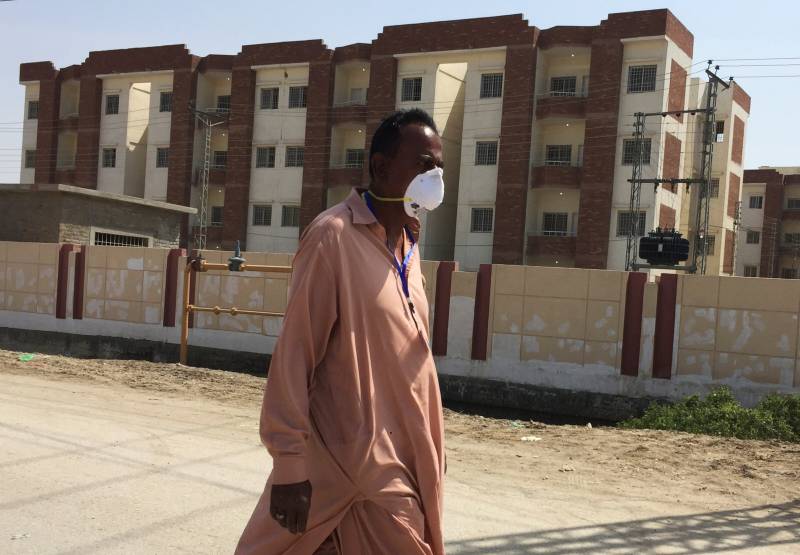 KARACHI – Sindh Chief Minister Syed Murad Ali Shah has allowed 640 COVID-19 negative pilgrims housed at Labour Colony Sukkur to return to their respective homes but made them bound to follow the Standard Operating Procedures (SOPs) they have been given.

He took this decision in the 27th meeting of Task Force on Coronavirus here at the CM's House on Tuesday, said a spokesperson to the CM Sindh.

Commissioner Sukkur Shafiq Mahesar through video link told the chief minister that there were 640 pilgrims who have been tested thrice and every time their test results were declared negative. At this the chief minister directed the commissioner Sukkur to arrange special buses and send the 640 Coronavirus pilgrims to their respective homes/districts.

"I would suggest you SOP under which they will have to stay in the self-isolation at their respective home for next 10 days," he said and added "the commissioner Sukkur team must have the out-going pilgrims mobile numbers and addresses and keep them tracking for next 10 days by inquiring their health," he said.

Syed Murad Ali Shah congratulated the out-going pilgrims and their families and hoped that in the interest of their family members' health and the health of their friends and neighbors they would voluntarily stay home for at least 10 days.

The chief minister was told that the number of coronavirus-infected confirmed cases in Sindh has reached to 410 in which 143 were of Karachi, 265 pilgrims and two of other districts. The number of local transmissions in Karachi has also reached to 91.

The health department on the instruction of the chief minister has started corona-case mapping. The map shows that three cases are in Gadap, 15 in Gulshan-e-Iqbal, 9 Gulburg, nine in Jamshed Town, seven in Liaquatabad, four in Malir, 10 Nazimabad, three in North Karachi, one in Orangi, 41 in Saddar Town. In this way out of 143 cases, the mapping of 122 cases has been made.

The chief minister directed the health department to share the mapping data with deputy commissioners so that they could take necessary measures to contain it within limited areas.

Presenting daily report, the chief minister was told that Sindh government hospitals have reported 1874 pneumonia cases, of them 251 have been detested while the private hospitals reported 702 cases and 21 of them have also been tested.

The chief minister in his last meeting had directed the health departments to improve sampling arrangements at home.

The health department told the chief minister that 18 mobile clinic vehicles of Indus hospital have been made available to collect the samples.

The chief minister said that the lockdown needed to be made more strict. "People are still moving here and there without any restriction- this was not the objective to impose lockdown," he said.

He directed the Sindh Police chief to take strict measure and make the lockdown more stringent and not allow people roaming in the city.

The chief minister decided that all the shops, including groceries, will remain completely closed from 8 pm to 8 am. However, pharmacies, medical stores and hospitals will operate as usual.

The chief minister directed the chief secretary and commissioner Karachi to close down all the big industries and direct banks to open their necessary branches. The doctors would be exempted from the lockdown, the chief minister said.

The chief minister was told that Wuhan institute of Virology, China, has prepared a rapid machine for testing samples of COVID-19. The machine accepts the swabs of the throat while prevailing system accepts swabs of nose.

The chief minister directed his principle secretary to sit with Dr Faisal and Dr Bari and discuss and decide whether the machine was fit for Pakistan or not.

"If the decision is taken in favour of procuring the machine then place order for 100 machines," he issued directives and said he would request the Federal government to fly an special plane to China to transport the machines for Sindh.