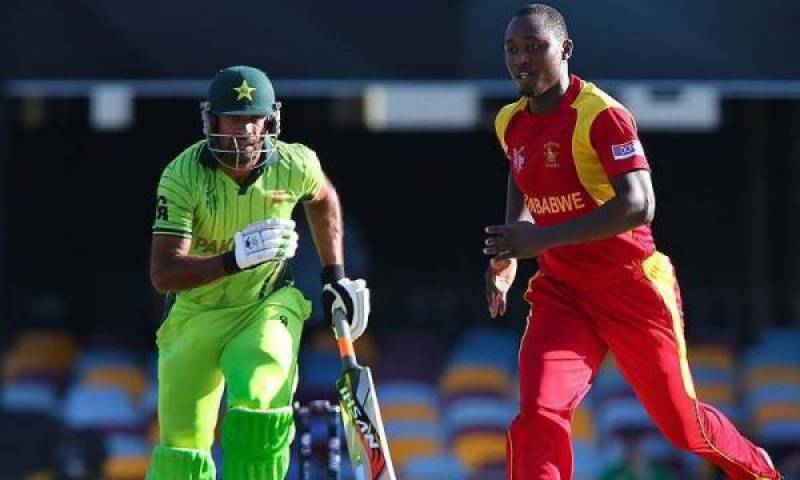 LAHORE (APP) - Pakistan will play its second Twenty20 match today against Zimbabwe at Lahore’s Gaddafi Stadium as the nation celebrates the return of international cricket to the country.

Friday's Twenty20 game between Pakistan and Zimbabwe was the first international match in Pakistan since terrorist attacks on the Sri Lankan team bus in Lahore in March 2009.

"It's always good to play in front of the home crowd and winning the game is like icing on the cake," said Waqar, who coached for the first time in a match in Pakistan.

"Playing on home soil in front of our own people gives you different feelings."

Pakistan achieved their best Twenty20 chase by overhauling a target of 173. Opener Mukhtar Ahmed hit a rapid 83 to steer the home team to a 1-0 lead in the two-match series.

Waqar said the occasion made Pakistan a proud nation.

“The way Lahore rose for us was simply the best. We are proud of our people and our nation. I had said (before the match) that people should keep some patience as they might face minor problems (amid extra security) but I am happy everything went well."

After Sunday's Twenty20 both teams will play three, one-day internationals on May 26, 29 and 31.

Waqar said, "No doubt that the home crowd and home ground spark different emotions in you. The way we were welcomed on our way to Gaddafi Stadium, it was hard to control the emotions.

"We did speak in the morning (on Friday) about how to control it. But the way we played it was outstanding and the atmosphere was exhilarating."

Pakistan Twenty20 captain Shahid Afridi said his nation has given a positive message to the world.

"With this match we have given a loud and clear and a positive message to the world that we love cricket and want to hold international matches regularly," he said.

"Our stadiums will no more serve as marriage gardens but they will hold international cricket matches," said Afridi, who retired from one-day cricket after the 2015 World Cup.

Former captain and legendary paceman Wasim Akram praised the spirit of the fans.

"Full house, great game and a Twenty20 win all made the occasion more memorable," he told AFP. "We celebrated the return of cricket in a memorable manner and hats off to the people of this great nation."