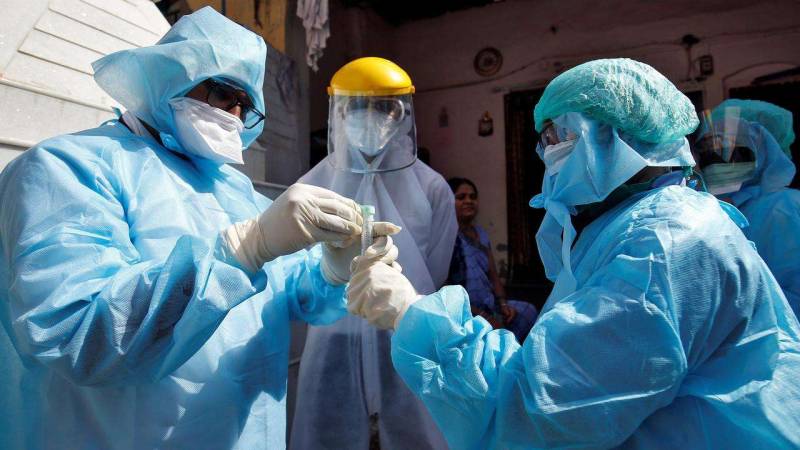 ISLAMABAD – The Pakistan Foreign Office asked 12 members of the Indian High Commission (IHC) to quarantine as a woman tested positive for the deadly Indian variant of coronavirus.

The 12 member delegation arrived in Pakistan on May 22 via the Wagah border while all of the members tested negative for the first time, but a woman tested positive during the second round of tests.

The officials have directed to place the woman under mandatory quarantine along with 12 others.

A statement issued by Foreign Office spokesperson Zahid Hafeez Chaudhri, stated that ‘12 officials and their family members crossed over to Pakistan through the Wagah Border on May 22. The wife of an official tested positive on a rapid antigen test conducted by Pakistani health officials’.

It is yet to be determined whether the entry of a Covid patient was a trick, or it was a mistake of the Indian immigration authorities posted at Attari.

NEW DELHI – India on Wednesday reported more coronavirus deaths in a single day than any other country at any ...

Meanwhile, the death toll in India has crossed 300,000 due to Covid-19 on Monday. The second most populous country has become the third country after the United States and Brazil hit the figure as it battles a deadly second wave of a novel virus.