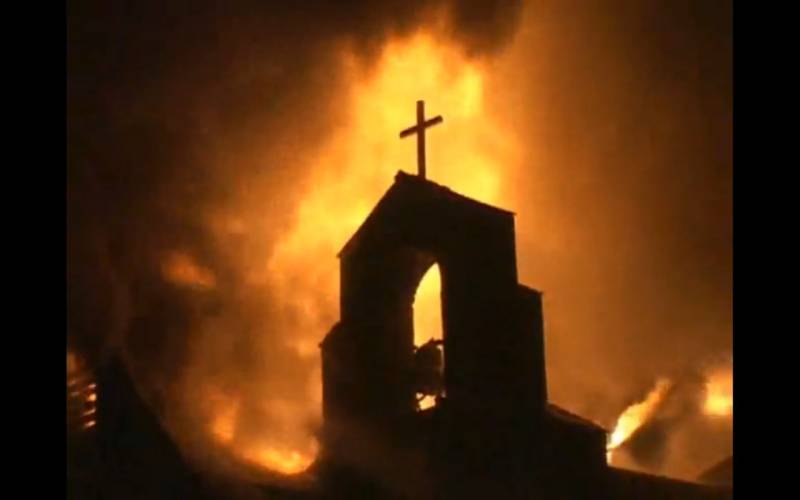 WASHINGTON (Web Desk) - While an anti-Muslim campaign is underway in Europe and United States following the November 13 attacks which claimed 129 lives, three Muslim fundraising organisations have collected more than £65,000 for the restoration of three churches that torched by a group in July this year.

At least five churches, mainly used by Black Christians, were burnt to ashes following the killing of nine people at the Emanuel African Methodist Episcopal Church in Charleston.

According to United Kingdom based website Metro, three groups named the Muslim Anti-Racism Collaborative, the Arab-American Association of New York and the Ummah Wide had jointly started  ‘Respond With Love’ campaign in summer to collect fund for rebuilding the burnt churches.

The campaign which was aimed to show solidarity with the black community set an initial goal to collect $10,000, which was met in just hours. The campaign has now earned funds equal to £65,000.

The report has quoted a theology student Faatimah Knight, who was one of those who started the campaign, saying as that this was an attempt against racism because the people residing in United Sates were fed up with the events of violence targeting a specific group.

‘ALL houses of worship are sanctuaries, a place where all should feel safe, a place we can seek refuge when the world is too much to bear,’ reads the Launchgood page of the campaign.

The article originally appeared on Metro.