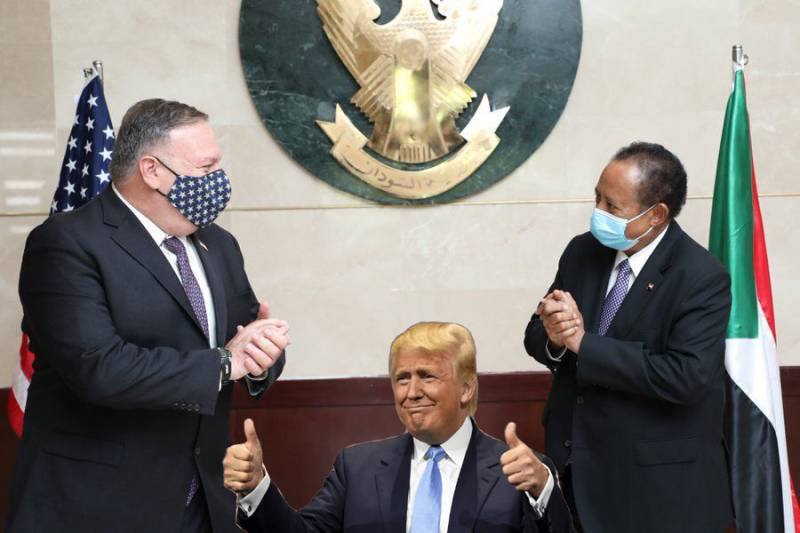 The leaders agreed to the normalisation of relations between Sudan and Israel and to end the state of belligerence between their nations,” a joint statement by the three countries said.

Announcing the news on Twitter, US President Trump states the move as a "HUGE win today for the United States and for peace in the world", adding that, "More will follow".

HUGE win today for the United States and for peace in the world. Sudan has agreed to a peace and normalization agreement with Israel! With the United Arab Emirates and Bahrain, that’s THREE Arab countries to have done so in only a matter of weeks. More will follow! pic.twitter.com/UHB8H6oaZc

The United Arab Emirates and Bahrain signed an accord at the White House last month to normalize relations with Israel but Sudan is arguably more significant as an Arab nation that has been at war with Israel.

Trump on speakerphone with Sudan s leadership and Israeli Prime Minister Benjamin Netanyahu, a close ally of the embattled Republican president. "We are expanding their circle of peace so rapidly with your leadership," Netanyahu was heard saying. Trump said: "There are many, many more coming."

Sudan has been seeking for years to remove the designation as a state sponsor of terrorism, which severely delays investment.

As part of the deal to get off the terror blacklist, the White House said that Sudan s transitional government had deposited $335 million to compensate survivors and family members of anti-US attacks that took place when former dictator Omar al-Bashir welcomed Al-Qaeda.

The deal with Sudan allows for a new future of collaboration and support for its ongoing and historic democratic transition.