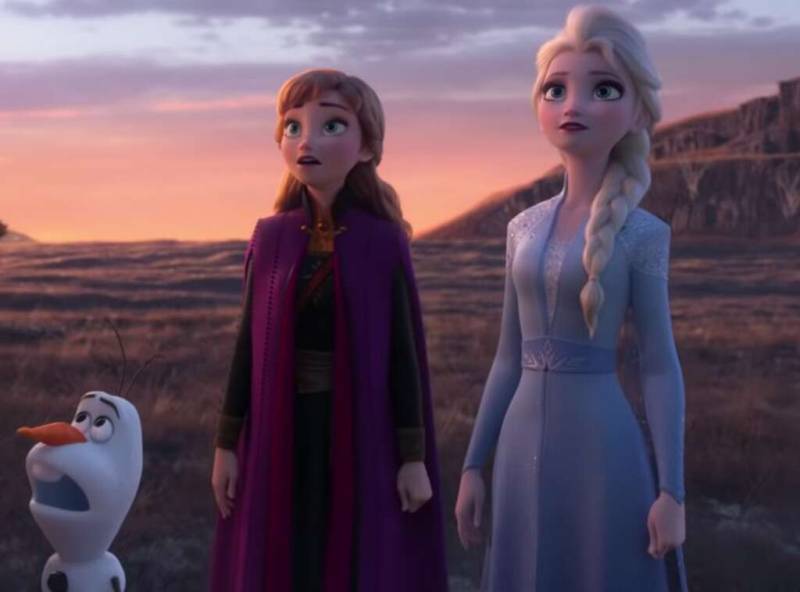 LAHORE -  The Disney sequels just keep on coming. In the aftermath of “Avengers: Endgame” and “Toy Story 4” — and with “Maleficent: Mistress of Evil” and “Star Wars: The Rise of Skywalker” on the way — the studio released a new trailer Monday for yet another franchise follow-up: “Frozen 2.”

Set three years after the original 2013 Frozen, the animated adventure follows Elsa (Idina Menzel) and her sister, Anna (Kristen Bell), as they leave the land of Arendelle on a quest north, drawn by a mysterious voice that Elsa hears. Their friend Kristoff (Jonathan Groff), the snowman Olaf (Josh Gad) and the reindeer Sven go along for the ride.

New voices include Sterling K. Brown as a lieutenant who assists the sisters in their mission to save Arendelle, and Evan Rachel Wood as Anna and Elsa’s mother, Queen Iduna. That role was relatively small in the original and was previously voiced by Jennifer Lee, who returns as a co-writer (with Allison Schroeder) and co-director (with Chris Buck) of the sequel.

The trailer flashes back to Elsa and Anna’s childhood, as their father tells them of an enchanted forest, and moves the story forward with scenes of action and peril. The trailer’s tagline, “Let go of the past,” is a reference to the original’s Oscar-winning song, “Let It Go,” written by Kristen Anderson-Lopez and Robert Lopez. The duo will also contribute new songs to the sequel.