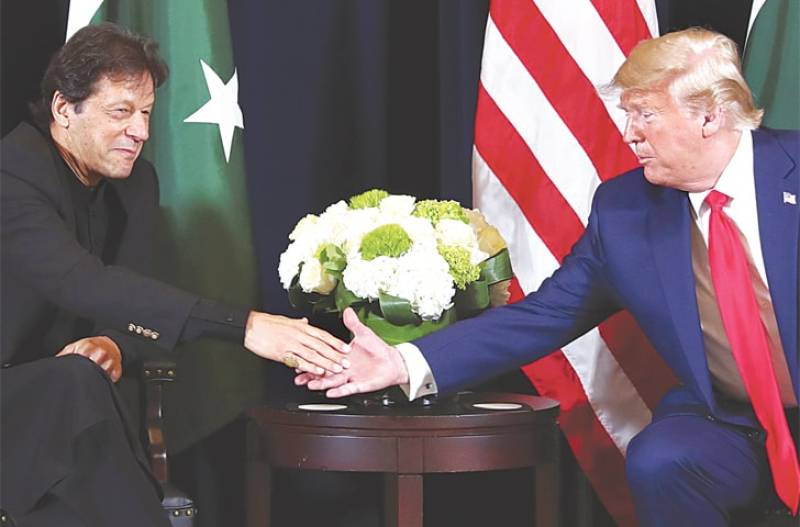 NEW YORK - Pakistan and US have reaffirmed their resolve to build a broad-based and mutually-beneficial partnership.

The understanding came at a meeting between Prime Minister Imran Khan and US President Donald Trump on the sidelines of the UN General Assembly in New York.

Describing India's draconian lockdown in Occupied Jammu and Kashmir as a dire humanitarian crisis with implications for regional security, the Prime Minister highlighted the importance of immediate lifting of the curfew and other restrictions and resolving the Kashmir dispute for durable peace and stability in South Asia.

The premier said that "I honestly feel that this crisis could become much bigger. We look to the US to put out flames in the world."

On Kashmir and his prior offers of mediation, Trump said: "I think I would be an extremely good arbitrator. I've done it before, believe it or not. And I've never failed as an arbitrator".

The two leaders also reviewed the evolving regional peace and security scenario. They reiterated their shared interest in a peaceful and stable Afghanistan.

Trump and Khan also talked about efforts to combat terrorism and the importance of Indo-Pakistani dialogue to resolve disputes, according to the readout of the meeting.