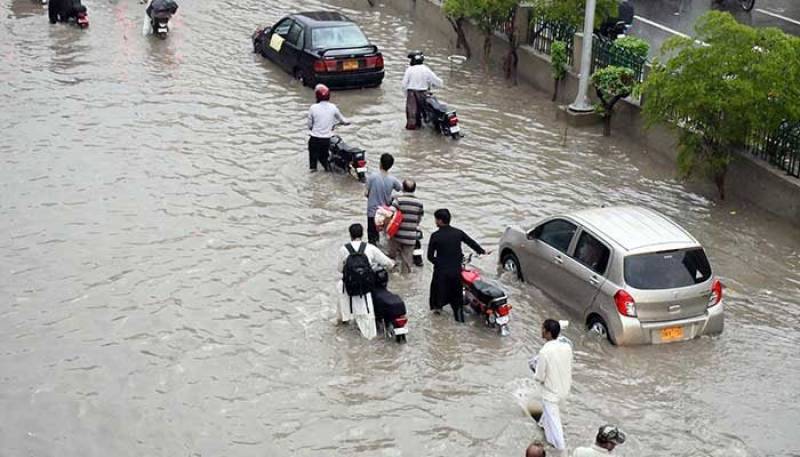 ISLAMABAD – Heavy rainfall is expected in Karachi, and other parts of the country, said National Disaster Management Authority on Friday a day after heavy showed caused urban flooding and massive traffic jams in country’s largest city.

NDMA has issued a weather advisory, warning that areas in the southern half of the country could be hit with flooding next week.

More rain-wind and thundershowers with occasional gaps are predicted in the southern half of the country. Meanwhile, monsoon rainfall is likely to subside in the upper parts of the country in the coming days.

The Met Office said that strong monsoon currents are likely to penetrate Sindh from Monday, September 27 and are likely to continue till Saturday, October 2.

Moreover, heavy rainfall is also expected in Karachi, Thatta, Badin and Hyderabad during the said period.

Alerting the relevant authorities, the Met Office said: “Heavy fall may generate urban flooding in Karachi, Thatta, Badin, Hyderabad and may trigger flooding in Kalat, Khuzdar and Lasbella during the forecast period.”

It directed all concerned authorities “to remain alert during the forecast period”.

On Thursday, Karachi witnessed urban-flooding-like situation as water accumulated on major roads following the heavy showers under the influence of a strong monsoon system. The situation caused traffic jams on important roads and disrupting electricity supply to some areas.

Surjani Town and North Karachi were the most-affected areas in the city, which received around 70 millimeters and 50mm of rain, respectively.

KARACHI – Pakistan's financial hub and country’s largest metropolis Karachi has been listed as one of the ...