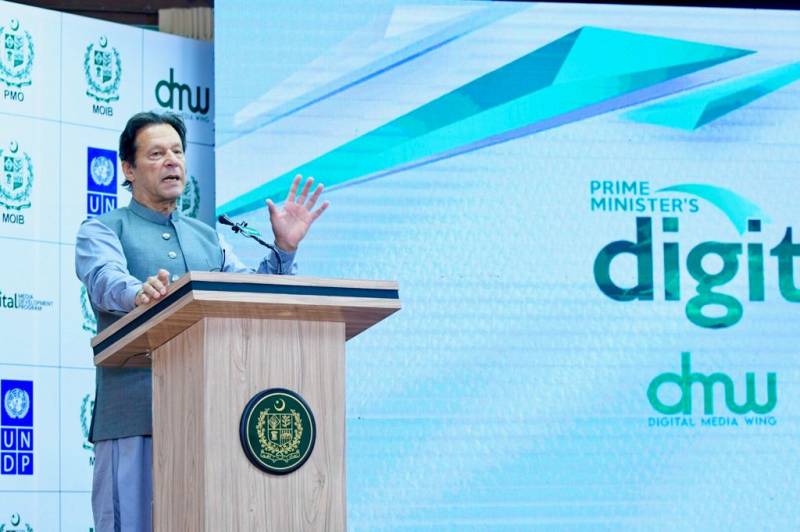 Speaking at the event, the PM said, “The Pakistani Youth should never underestimate their abilities and set a very high goal for themselves to achieve. You should never give up in the face of failures, and the hurdles are there only to make you stronger. Choose objectives that are bigger than yourself and serve a higher purpose. Further, he said that he is delighted to see this initiative that will involve the youth of Pakistan in furthering Pakistan’s narrative. He stressed the importance of truth and said that those who remain truthful in their life are respected.” 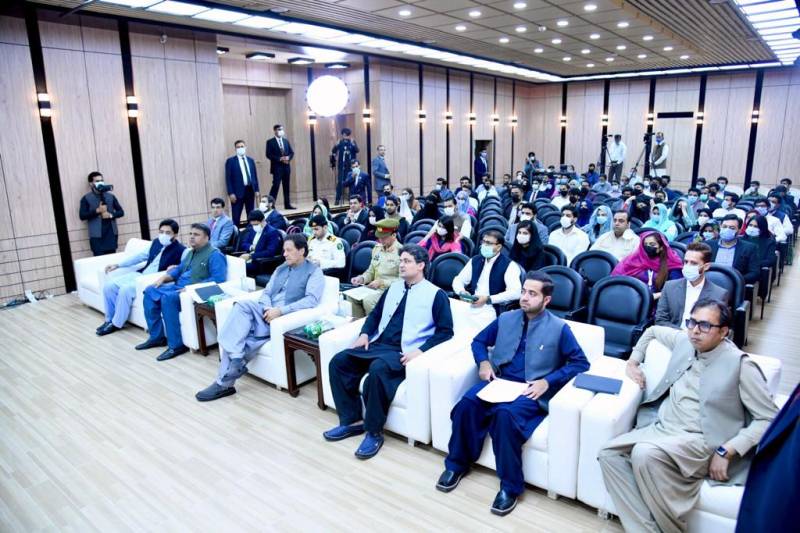 Pakistan’s digital media community is growing rapidly, with over 100 million internet users, 185 million mobile subscriptions, and over 50 million people active on social media. On this occasion, Minister for Information & Broadcasting Fawad Chauhdry said, “The previous governments used the state media to further their party narratives. They did not build the state media institutions for projecting Pakistan’s interests internationally. Imran Khan led government ever since assuming charge has focused on improving the state media to fight the battle of narratives internationally to highlight Pakistan’s role as a responsible state in the comity of nations. ”

DMW has partnered with the world’s leading social media organizations and Digital Media industry experts to give workshops to the interns, including YouTube, Facebook, and Twitter. With UNDP’s support, the students will also get monthly stipends upon successful completion of tasks.

Regarding UNDP’s support to the internship program, the UNDP Resident Representative Knut Ostby said, “UNDP is pleased to support the government of Pakistan in this effort to equip the youth in relevant digital skills and to provide young women and men with on-the-job training in government offices. This kind of professional exposure will be an essential step to enhance youth’s future career prospects.”

This program aims at bridging the gap between the students, the Government of Pakistan, and the Digital Media industry by training the youth. In the first batch, 100 capable interns have been selected. They will be placed at Federal Ministries and departments for the period of 3 months, where they will get to directly work with the government leadership to enhance their skills.

Dr. Arslan Khalid, Focal Person to PM on Digital Media said, “Quality human resource is the key to success in any field. DMDP is precisely designed to polish the talent of youth without limiting their ability to think and innovate. It’s not just any usual internship program as  candidates selected in it have already gone through series of interviews and only those who will successfully finish all their modules and project will get the completion certificate. We believe this DMDP program will go a long way in giving a fresh direction to Pakistan’s digital media space.”

General Manager, DMW Imran Ghazali said, “the objective of DMDP is to create and mentor a cadre of empowered students and graduates who are equipped with the new-age skills required to operate in the Digital Media Industry and to empower this talented Pakistani youth to work for national and international organizations.” During the internship program, the interns will also be guided to conduct digital media seminars in their respective universities in order to engage the youth of Pakistan. The interns will also work on a project to address issues such as fake news that Pakistan faces in this particular industry.

With DMDP, a more collaborative and agile digital ecosystem will be created, where all stakeholders work towards a common goal of transforming Pakistan’s Digital landscape for the betterment of the country.