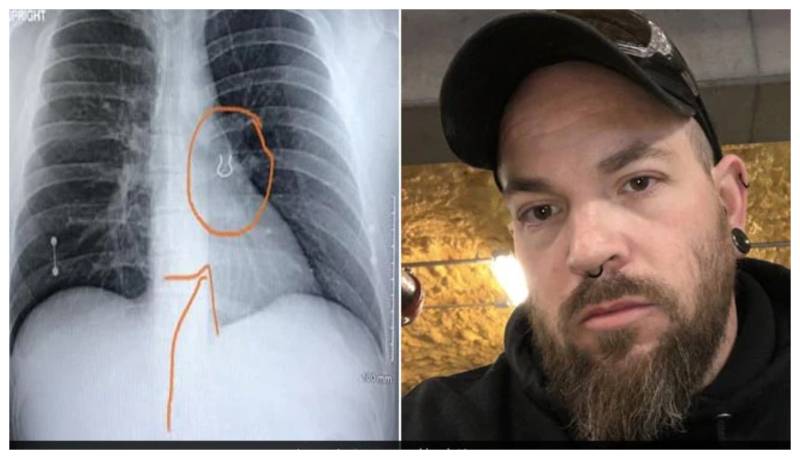 COLUMBUS – A man in the United States got a shock of his life when doctors found a nose piercing he had lost around five years ago in his lungs.

Joey Lykins, 35, was visiting a hospital in Cincinnati town of Ohio state after he developed breathing issues a few weeks ago.

He underwent medical examination including X-ray of his both lungs and doctors were stunned after spotting an unusual object clung to one his lungs.

They brought the X-ray to Lykins to get him identified the foreign object. After examining the photo carefully, the patient jumped out of his skin by saying that he have been looking for it as he had missed it five years ago.

“I was not expecting that,” the 35-year-old said while narrating how he lost the nose piercing while sleeping about five years ago.

“At one point, I had thought that he might have accidently gulped the piercing but never imagined I had inhaled it,” he told American media.

Lykins, after he identified the object, underwent an emergency surgery during which doctors successfully removed piercing from his lungs.

TORONTO — A pair of human lungs destined for an organ transplant procedure was flown between two hospitals by ...