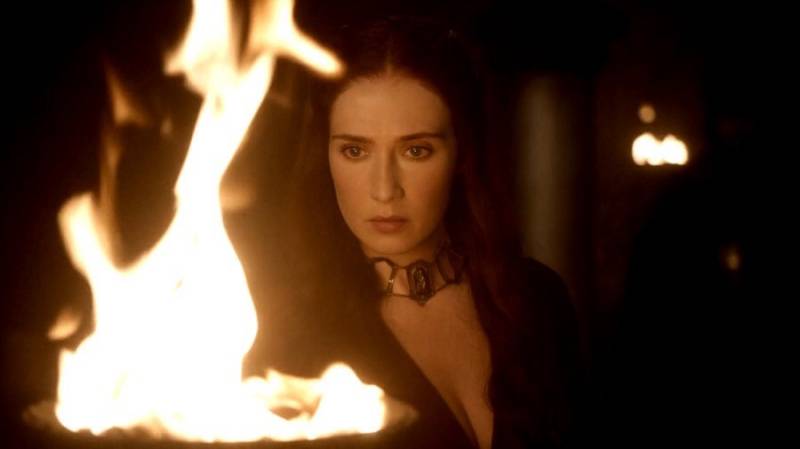 LAHORE (Ali Zain) - After an year long wait, the Game of Thrones fans are finally felt relieved with the season six premier on Sunday, and reviews suggest that TV show's latest installment is already a big hit. An overall 9.9 rating was granted to the episode titled The Red Woman on IMDb.

Though the opening episode was mainly transitory one, which reconnected and refreshed the story where it was left in season five. However, the last scene of the episode which comprised of disclosure of Melisandre's anti-ageing secret -her necklace.

The removal of the magical necklace showed Melisandre an extremely aged woman, with almost bald head.

Thousands of fans tweeted about the TV shows latest package, and as a result #GameOfThrones became a worldwide trending topic on micro-blogging website Twitter. Most of these tweets were Melisandre's shocking revelations. We bring you some of these tweets, expecting that you will enjoy.

The last 60 seconds of that #GameofThrones season opener got me like... pic.twitter.com/fue2XuoZYs

That necklace at the end of #GameofThrones is the original Instagram filter.

Damn. Where can I get one of those chokers?? #GameofThrones #TheRedWoman

Look at that, Brienne finally fulfilled her promise to Catelyn Stark. And oh, Theon's warrior side woke up right in time. #GameOfThrones

I guess Sean bean wasn't the only #gameofthrones actor in lord of the rings #melisandre pic.twitter.com/kub1hQFCvc

That moment when you're no longer attracted to Melisandre. #GameofThrones pic.twitter.com/4MJqvgeEkX

After all the upsetting shit in tonight's ep, if your boyfriend makes a joke about The Red Woman being disgusting, dump him. #GameofThrones

Other key takeaways from The Red Woman episode are as following: