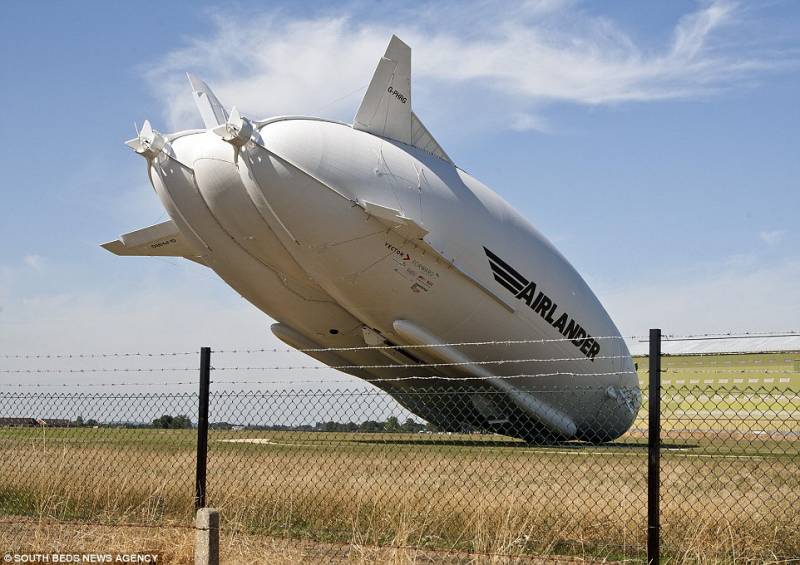 CARDINGTON (Web Desk) - The world's longest aircraft "Airlander 10" has been damaged after nosediving on landing during its second test flight here on Wednesday.

The 302ft  long aircraft which is part plane and part airship was harmed during the flight from Cardington airfield in Bedfordshire. The craft sustained damage to its cockpit when it hit the ground.

Fortunately the crew remained safe and sound during the rough landing however the staff described the experience as "Horrible".

Detailing the slowest crash, one eyewitness said: 'A line that was hanging down from the plane hit the telegraph pole about two fields away. Then, as it came in to land, it seemed to nose dive and landed on the cockpit, smashing it up.'

In a statement, the manufacturer Hybrid Air Vehicles (HAV), said: "The Airlander experienced a heavy landing and the front of the flight deck has sustained some damage which is currently being assessed."

The aircraft had its first test flight from the airfield on August 17.