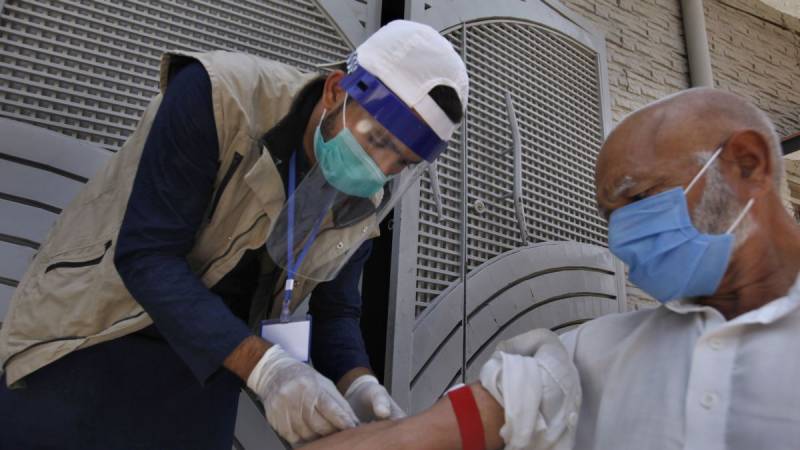 ISLAMABAD – There are now 9,031 active COVID-19 patients in Pakistan as 278,425 people have recovered from the disease.

According to latest statistics, 450 new coronavirus cases surfaced in the country after tests of 24,231 people over the last twenty-four hours. Nine new deaths have also been reported during this period.

Six months after registering its first case, however, active cases in Pakistan are continuing to steadily decline, with the number of deaths recorded in a day often down to single digits.

The country has seen 293,261 confirmed cases of the novel coronavirus, with 6,341 related deaths, according to official data.

Pakistan's positive test rate - a key indicator as to whether there is adequate testing - was 2.09 percent on Sunday, well within the World Health Organization's 5 percent threshold for indicating that a country's outbreak is presently under control.

Pakistan implemented a complete countrywide lockdown in March, shutting down businesses, markets and all but essential services for weeks. In April, that lockdown was eased in certain areas, replaced with a more agile strategy aimed at shutting down infection hotspots in specific neighbourhoods, without affecting areas around them.

Pakistan's case mortality rate - the percentage of patients who died after testing positive for coronavirus - is 2.16 percent, compared with 12.7 percent in the United Kingdom, 13.7 percent in Italy and 11.1 percent in France.

However, the fear of a second wave remains as this week, the South Asian country will see a large number of daily religious gatherings to mark the first 10 days of the month of Muharram, culminating in processions on the weekend to mark Ashura, an event of great religious importance to Muslims from the Shia and other sects.