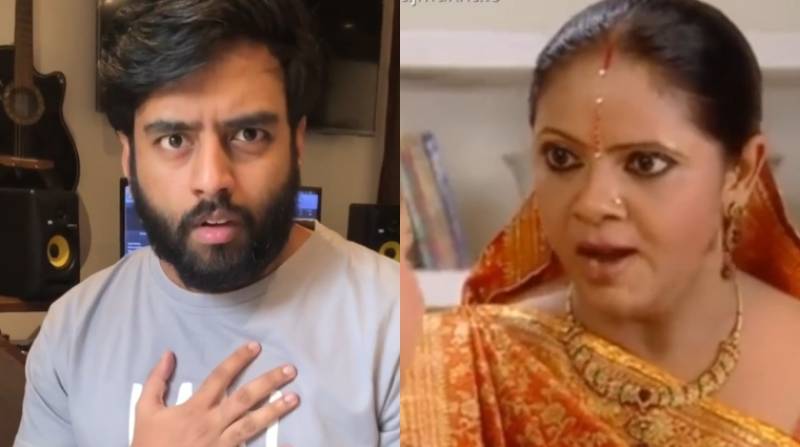 Music producer Yashraj Mukhate recently uploaded a video that features a dialogue from TV show Saath Nibhana Saathiya with a musical twist. The video which shows Kokila (Rupal Patel) scolding her daughter-in-laws Gopi (Giaa Manek) and Rashi (Richa Hasabnis) for keeping an empty cooker on the gas stove has taken the internet by storm and garnered over 3 million views on Instagram, reported Indian Express.

After becoming a social media sensation, Mukhate's efforts have been praised by many Indian celebs including Rupal Patel herself.

“I haven’t slept for the last two days as I have been consistently getting calls. And I was so taken aback when last evening, Kokilaben (Rupal Patel) called me on my personal number. It was an unbelievable experience as I never expected the video would reach her. She could have just congratulated and hung up, but she actually spoke to me for 10 minutes. I was amazed by the gesture,” revealed the 24-year-old in an interview with the Indian Express.

Sharing how he created the remix, Mukhate explained that it happened as he discovered the clip going viral as a meme on Facebook. “The dialogue already had a rhythm to it,” he said.

“I never expected it to go viral this way. But now that it has, I am sure people will expect a lot from me. Since they have loved this format, I will work on it more. However, I would also want them to enjoy my original compositions,” continued Yashraj.