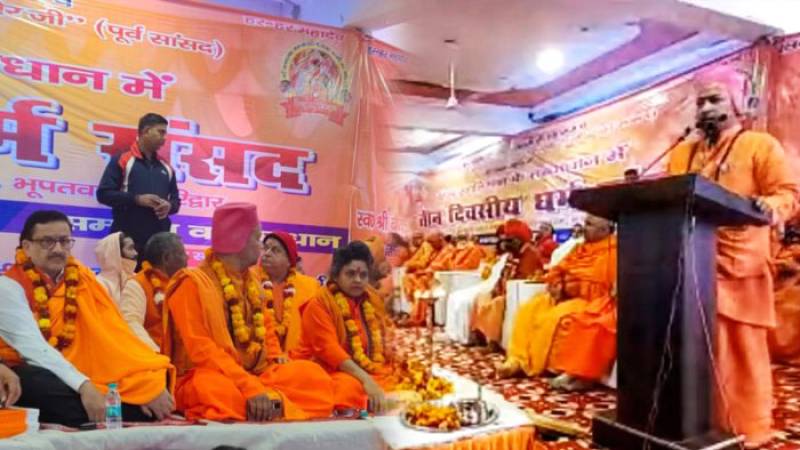 NEW DELHI – Police in the northern Indian state of Uttarakhand have lodged a case after leaders of extremist groups with ties to the Modi-led government called for ethnic cleansing of Muslims in India.

The clips featuring Hindu leaders calling for genocide against Muslims sparked outrage and prompted demands for action which also prompted an investigation into last week’s event in Haridwar.

Reports in Indian media said the hate speech conclave was organized by the Hindutva leader Yati Narsinghanand from December 17 to 19 where multiple speakers made calls to kill minorities and attack their religious spaces, especially Muslims.

This is from Haridwar, Uttrakhand.

Infamous personality Wasim Rizvi, now Jitendra Narayan Tyagi who converted to Hinduism earlier this month and changed his name, and others were booked for their alleged hate speeches at Haridwar. Tyagi and others are accused of making provocative speeches to incite violence against Muslims.

Taking cognizance of the video that is doing rounds on social media for spreading hatred by giving provocative speeches against a particular religion, a case has been registered against Wasim Rizvi alias Jitendra Narayan Tyagi and others under Section 153A IPC and legal proceedings are in progress”, the state official police handle wrote on Twitter.

Uttarakhand top cop said such incidents would not be tolerated. Such offenses can get a jail term of up to three years.

The incident garnered international attention after a speaker, in a viral clip, told the crowd that people should not worry about being jailed for killing Muslims. We will be victorious if just a hundred of us become soldiers and kill two million of them, the woman said.

Indian ruling party BJP member was reportedly present in the disgraceful meeting as Modi-led administration already stands accused of encouraging the persecution of Muslims and other minorities since coming into power.

A noted Hindu leader who often photographed with senior BJP members, called for cleansing and for those present to be ready to die or kill. Another member can be heard saying that he wished he had killed Congress party’s Manmohan Singh – the first Sikh prime minister of India.

Congress leader Rahul Gandhi said Hindutva leaders have always spread hatred and violence and all communities pay the price for it. 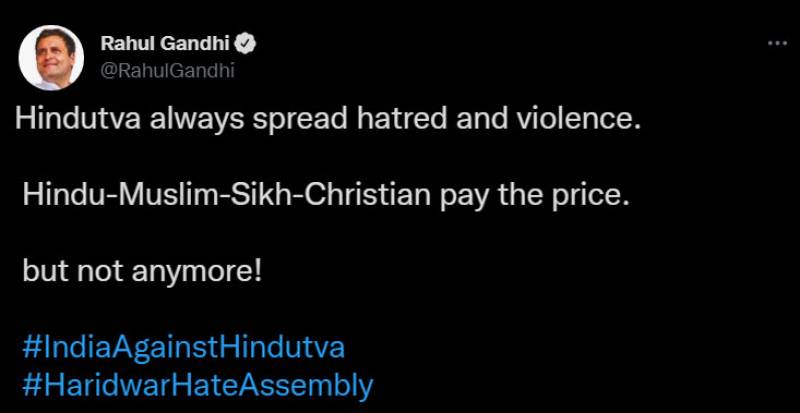 Indian Muslim organizations accused the incumbent authorities of turning a blind eye to the hate speech against the Muslim community.