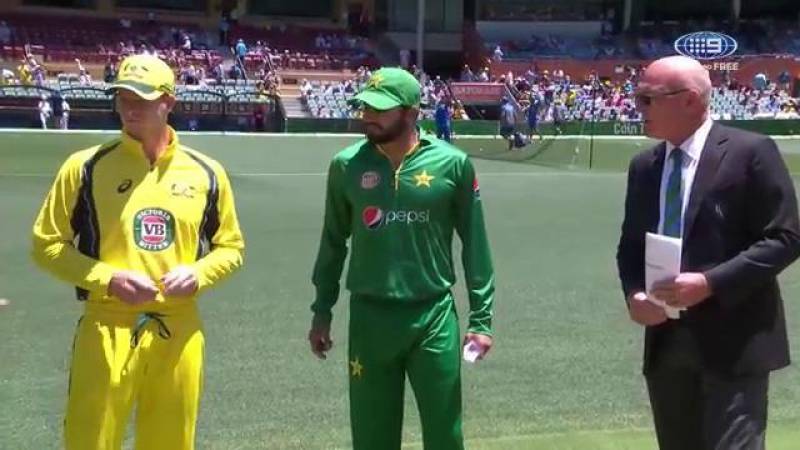 ADELAIDE – Australia set a mammoth target of 370 runs in the fifth and final one-day international of the five-match series against Pakistan at Adelaide today (Thursday).

Australian side managed to set the huge target as opener David Warner contributed a decisive 179 runs off 128 balls taking the overall run rate to 7.38. Travis Head also helped Warner set a giant total with his 128 runs. Australia lost its seven wickets in achieving the target and played all 50 overs.

On the other hand, Pakistani seamer looked helpless and Junaid Khan and Hassan Ali took two wickets each for 61 and 100 runs respectively.

Earlier, Australia won the toss and decided to bat first and the decision now looks sane with 369 runs on the board.

The hosts have announced to make one change as James Faulkner has made a place in the final 11, while Usman Khawaja has been rested. Meanwhile, for Pakistan, reports suggest that Wahab Riaz has made a comeback for the final ODI in place of Junaid Khan.

The Adelaide Oval pitch is always good for batting. The forecast for Thursday is for a sunny day with a top temperature of 30 degrees Celsius.

The Aussies have not played an ODI at the Adelaide Oval since the 2015 World Cup match that featured a memorably feisty Wahab Riaz spell against Shane Watson.

Adelaide Oval is comfortably Australia’s worst home ODI venue in recent times: in the past six years, they have played seven ODIs there and won only three.

Pakistan have been previously whitewashed 3-0 in the Test series by the Aussies.