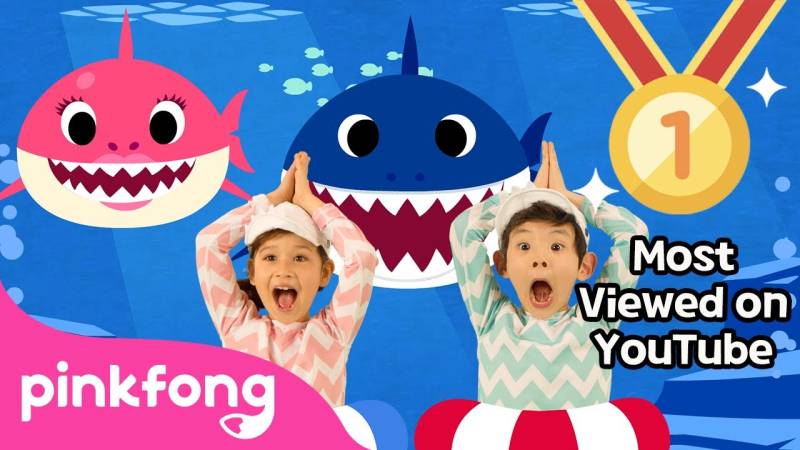 SAN BRUNO – The infamous children's song, that was released in 2016, has become the most-watched YouTube video ever with over 10 billion views, surpassing the record for Luis Fonsi’s Despacito.

From 2016, the kids' song, masterminded by Pinkfong and performed by Korean-American singer Hope Segoine, has become a globally loved song for kids while some adults also enjoyed it.

The clip that amassed a staggering 33 million likes on the video streaming platform hits 10 billion, the most views for any YouTube video. The 2 minutes and 16-second clip also made the Billboard Top 40 at one point. Two children demonstrate the baby shark dance while the animated sharks swim calmly and later attempt to hunt the kids.

The animated predators fail, and the kids celebrate their safety while the sharks watch from afar, forks in fin.

Earlier, the South Korean educational company invited kids all over the world to share their baby shark dance moments. The creator of the song said 10 billion is a huge number that surpasses the world’s population of around 7.8 billion.

As per the new record of Baby Shark, all people living on the planet have seen the video at least once. YouTube is reportedly listed among the world’s most-visited websites, the site’s billion-plus monthly users collectively watch over one billion hours of video each day.

Despacito, See You Again by Wiz Khalifa, Johny Johny Yes Papa by LooLoo Kids, Shape of You by Ed Sheeran, Phonics Song with Two Words, Uptown Funk, Masha and the Bear – Recipe for Disaster, and Bath Song by Cocomelon are among the most-watched videos on video streaming platform.