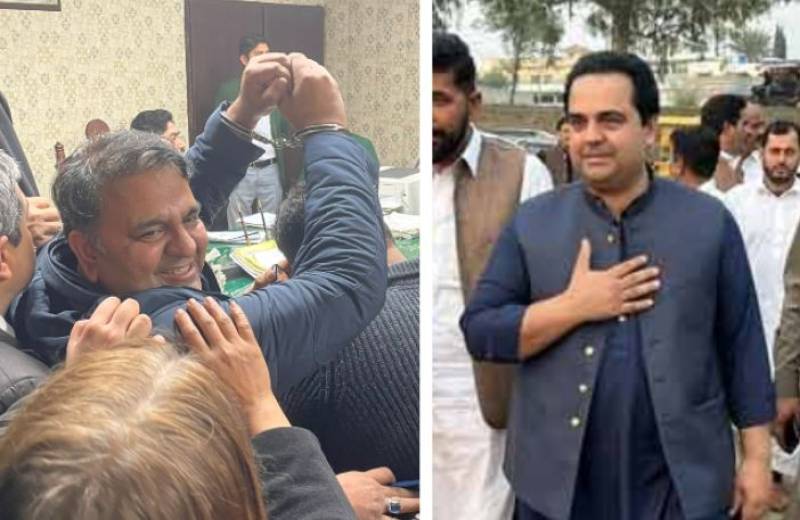 ISLAMABAD – Police in northern Punjab on Wednesday detained Faraz Chaudhry, the brother of former federal minister Fawad Chaudhary, for leading a protest against his brother's detention.

Pakistan, which is already struggling with the financial crisis, is moving toward another political turmoil as law enforcers in the country’s most populous region continued arresting leaders of the former ruling party.

Reports in local media suggest that Fawad’s brother was leading a protest in his hometown Jehlum against the arrest of his brother and senior PTI leader. He was then shifted to the nearby police station in Jhelum while further proceedings are underway.

Earlier in the day, Fawad Chaudhry’s arrest came after he held a presser outside the Lahore residence of Imran Khan in the provincial capital where PTI supporters flocked to block police arresting their leader.

Chaudhry's arrest in the sedition case has caused huge outrage on social media where PTI activists are running several campaigns for the release of the defiant leader.