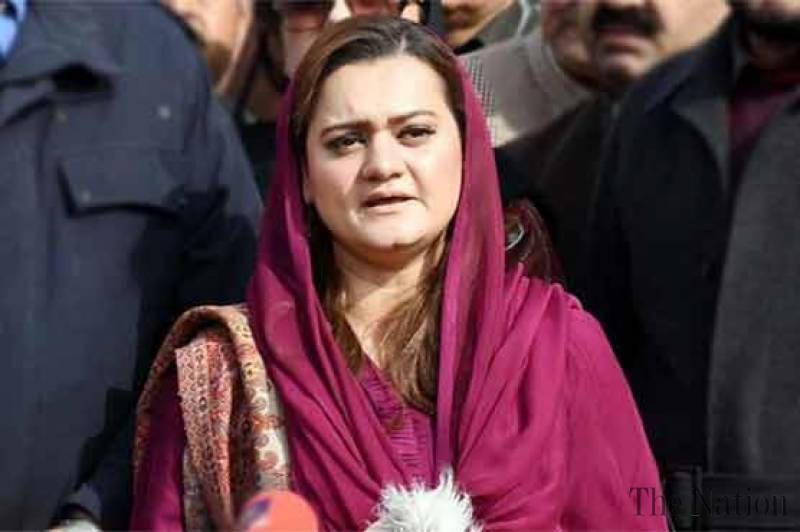 Addressing a press conference, the federal minister some elements were attempting to portray that Fawad Chaudhry’s arrest was politically motivated. But it was not true, she said.

PTI senior leader Fawad Ch was arrested from his residence earlier today after he “threatened” the members of the Election Commission of Pakistan (ECP) in a media talk outside Imran Khan’s residence in Zaman Park.

The PML-N leader noted that it was not the government that had registered the case against Fawad, rather, ECP Secretary Omer Hamid Khan had lodged the FIR.

The statement mentioned that the former federal minister had threatened to bring the heads of the constitutional institutions to their graves, which was “unforgivable.”

As PTI workers protested at GT Road in Jhelum, the police also rounded up Fawad’s brother Faraz Chaudhry. However, a local magistrate released him on bail after a brief detention.