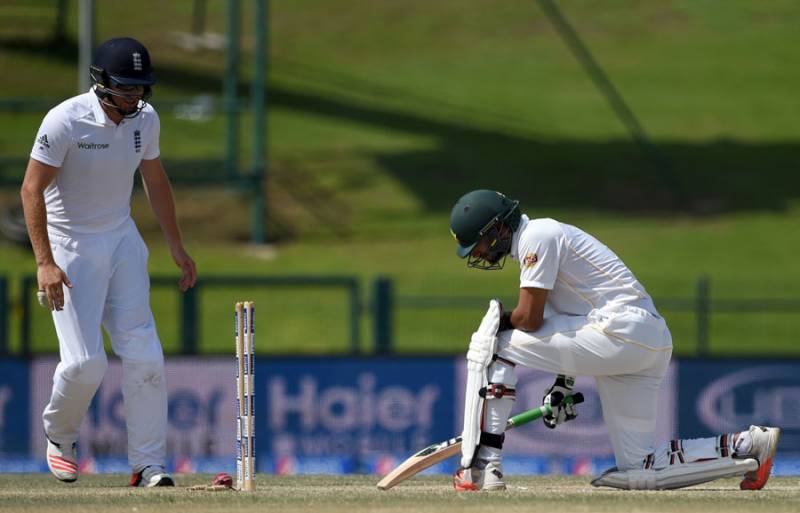 MANCHESTER – The fourth day of the Second Test match between Pakistan and England at Old Trafford is currently underway, with Pakistan 36/2 in its second innings and facing the tall order of amassing 525-plus runs just to surpass England's mammoth first innings score.

With 8 wickets in hand, Pakistan currently has Muhammad Hafeez (20) and Younis Khan (9) at the crease.

The third day of the match ended up in favor of the hosts, as they managed to increase their lead to 489 runs. Pakistan will now require a record-breaking second innings score to have any chance of victory this time.

After Pakistan scored 198 in response to England's formidable 598 in a dismal first innings, everyone was expecting that Cook would enforce a follow on to make it more difficult for Pakistan but surprisingly he took a different turn.

On the other hand, Pakistan head coach Mickey Arthur said the tourists simply had to bat better in their second innings.

“I was disappointed with our first innings,” Arthur told reporters.

When asked if not being made to follow-on had made it more likely for Pakistan to draw the game, Arthur replied: “It probably gives us a bit better chance but that’s not an inflammatory headline, as irrespective of any declaration we have to bat damn well.”

England got six Pakistani players out on the third day, limiting their opponents to just 198 runs.

The English side made 98 runs in their second innings and declared the innings after amassing a lead of 489 runs.