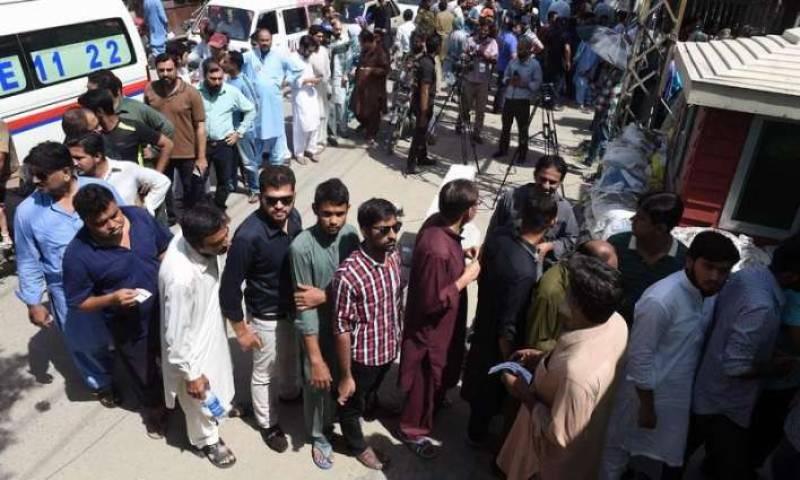 LAHORE - A policeman who thrashed a voter at a polling station in Punjab capital has been suspended, a senior officer said on Wednesday.

In a viral video on social media, policemen on duty can be seen slapping a citizen outside what seems to be a polling both.

Naimat, a voter, was slapped repeatedly by police officers on duty outside a polling station in NA-132 (Lahore). Unclear what exactly happened. (Sent by journalist Usman Ahmed) pic.twitter.com/NdG58qjNVq

The SP Model Town told the media that one of the policemen has been suspended from service. Further inquiry is underway, he added.

Earlier today, a Pakistan Tehreek-e-Insaf (PTI) supporter was shot dead and two others were injured during a clash with Awami National Party supporters at PK47.