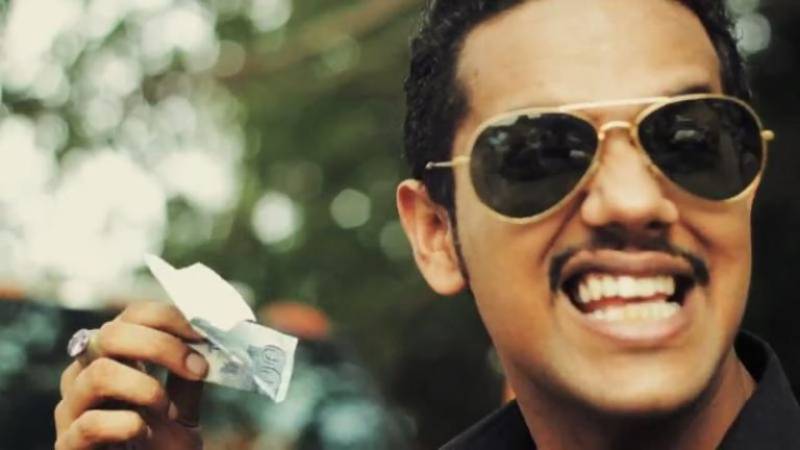 LAHORE - As the 2018 elections season at its peak and everyone is waiting for the verdict by tonight 8 pm sharp. Many showbiz people have also contributed their part in entertaining the society and boosting the morale of people to cast vote for their favourite political party.

These Pakistani artists are adding their part in elections 2018. Recently, the known comedian Ali Gul Pir released his newest track titled Paris, a satire on politicians claiming to transform Pakistani cities into the likes of foreign capitals.

The lyrics of the song are classic Pir style with the comedian mocking politicians who claim to transform cities while more pressing issues such as justice for the poor are put on the back burner. Verses such as Sheher ko Paris bana den, khilayi makhlooq hain pyare,” and “Kuch to vote laga de, mujhe bas PM bana de will make you laugh.

Besides the obvious, what makes the 96-second track even better is SomeWhat Super’s electronic music and the trippy video. The music troupe perfectly fits the mood that the video creates by playing with spatial dimensions.

On the other hand,  Jasim Haider and the Pindi Boys, who were the part of last year’s Pepsi Battle of the Bands, also released a new track called Hun Bas. This is a deviation from the band’s usual bluesy sound as they’ve stepped into hard rock.

Plus the vocalists have emphasized on casting vote and their songs are surely having a different approach for current conditions. We must say that their jingles are appealing and are based on true emotions of people and unique than the past singers' songs.

Both the singers have expressed the nation's frustration and agitation. The lyrics of the songs represent the political atmosphere of the country and how people are hoping for a better Pakistan in coming future.