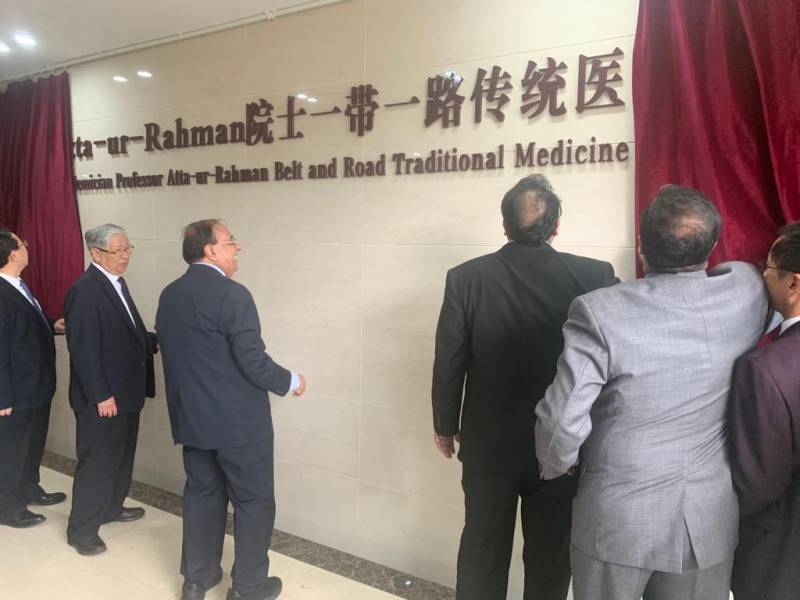 In a tweet, the renowned Pakistani scholar shared his picture with other Chinese officials while inaugurating the Research Centre, with a caption: “A major research Center established in my name in Changsha, Hunan, China.”

A major research Center established in my name in Changsha, Hunan, China pic.twitter.com/40UqfAvyfd

Federal Minister for Science and Technology Fawad Chaudhary also accompanied the Professor, who has 1232 publications in several fields of organic chemistry.

The Academician Professor Atta-ur-Rahman One Belt and One Road TCM Research Center is one of the largest public sector universities of China, recognized internationally for excellence and quality of research. The University also has a large number of foreign students, including 500 Pakistan scholars.