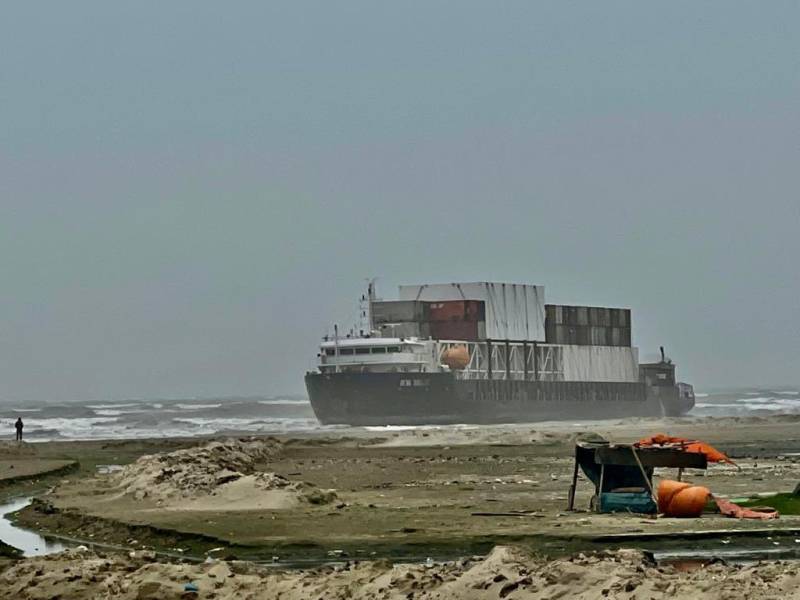 KARACHI – The salvage of MV Heng Tong 77, which lost anchors and drifted in shallow waters near Sindh capital, will start tomorrow as the shipowner called international tug boat teams.

Federal Minister for Maritime Affairs Ali Zaidi, who is in quarantine after contracting Covid, took to Twitter. “The owner [of the vessel] has nominated Bharia Marine Services as their agent in Pakistan. Rescue tugs will arrive early tomorrow and along with our tugs will start the operation”, he wrote on the official handle. 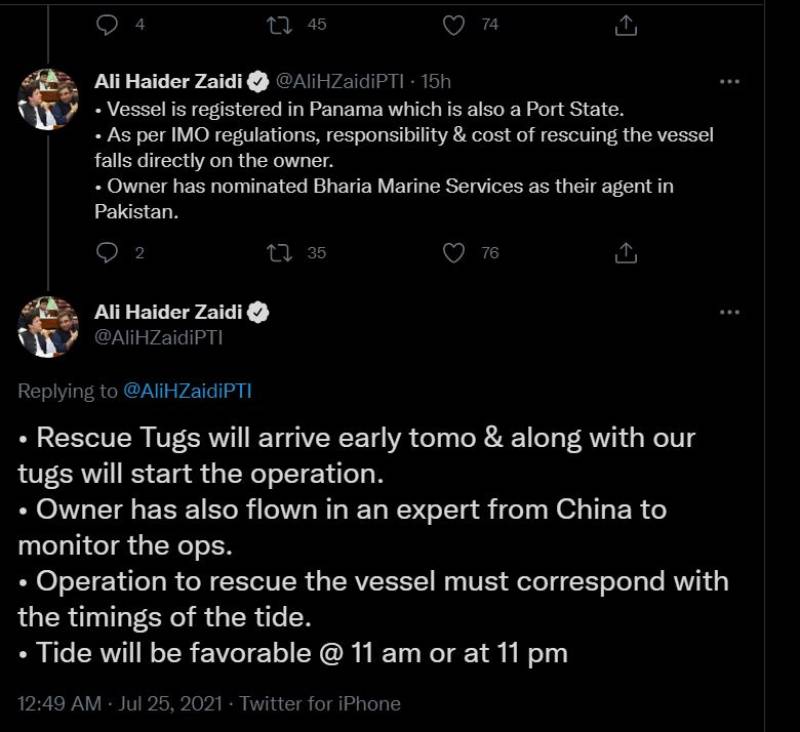 Meanwhile, a Chinese expert has been flown in by the owner of the ship to monitor the operation.

Reports in local media cited that the 98 metres long and 20 metres wide vessel was waiting for a crew change outside the Karachi Harbour while on its way to Turkey from China when a sea storm caused it to lose its anchors and start drifting towards the shore.

Meanwhile, the vessel’s owner has approached special salvage tugs and equipment to pull the vessel. Karachi Port Trust along with other departments will also take part in the rescue operation.

Earlier, the officials directed the shipping company to remove oil from the vessel before the rescue operation, reports suggest. Oil booms have also been deployed to contain possible spillage of oil from the giant vessel which weighed around 3,600 tons.

A cargo ship stuck at Karachi's Sea View early on Wednesday after it lost its anchors due to rough weather remained at ...

In addition, the area has been completely cordoned off under Section 144 and no one is allowed to approach the ship without permission.