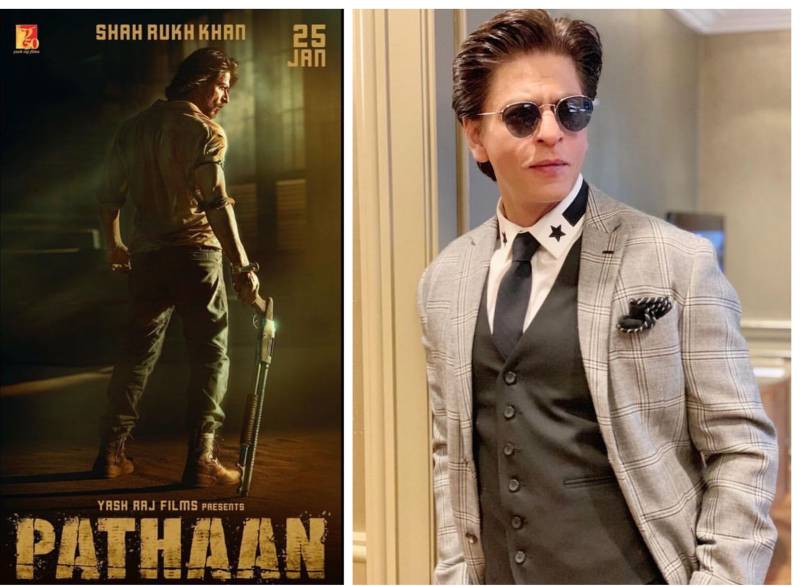 King Khan of Bollywood Shah Rukh Khan is is celebrating three decades as the 'Badshaah of Bollywood’ and needless to say. the celebration was rung in true SRK style - by dropping a new look of his upcoming film Pathaan.

Taking to Instagram, the Dilwale Dulhania Le Jayenge superstar penned a heartwarming note and paid special gratitude to fans for their unconditional love and support.

"30 yrs and not counting cos ur love & smiles have been infinite. Here’s to continuing with #Pathaan," the Dilwale star captioned.

Before concluding, SRK revealed the release date of his upcoming movie Pathan. “Celebrate #Pathaan with #YRF50 on 25th January, 2023. Releasing in Hindi, Tamil and Telugu," he added:

Directed by Sidharth Anand, the upcoming film will reportedly see SRK, John Abraham and Padukone perform some risky stunts in the thriller.

On the work front, SRK is gearing up to be back on screen after a hiatus of almost 2 and half years as he is busy shooting for his upcoming film Jawan. The film is produced by Gauri Khan and presented by Red Chillies Entertainment.

Bollywood superstar Shah Rukh Khan left the cricket buffs delighted as he announced that he now owns a women's cricket ...