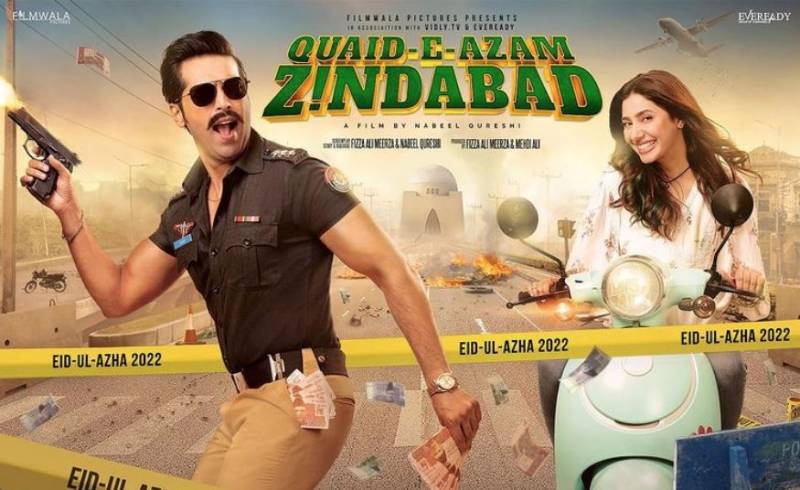 After weeks filled with hints and teases, the wait is finally over as the first peppy romance song from the upcoming movie Quaid-i-Azam Zindabad was released today.

Two Pakistani leading stars, Fahad Mustafa and Mahira Khan are coming together for the first time on screen while the duo is in the news ahead of the release of their much-anticipated project.

Check out the song:

Before Mahira shared the song on her Instagram, she teased fans with behind-the-scenes moment in a post.

“Are you ready for Loota Re,” she wrote.

Meanwhile, the eccentricity of the environment is overpowered by the Mahira and Fahad who groove in cheek-to-cheek style.

In the first glimpse, Fahad Mustafa appeared as a cop with a sharply twirled mustache, flashy biceps and aviators while Mahira was seen having an action moment.