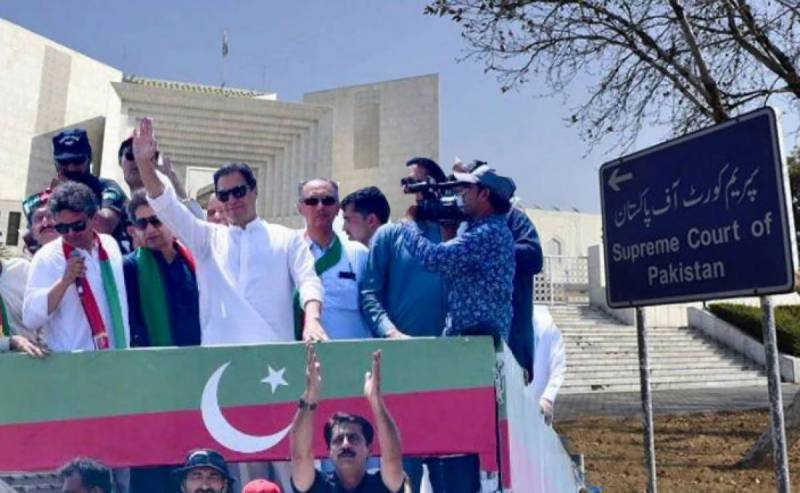 The PTI Chairman earlier hinted at challenging the amendments in the court which he said equal to legitimising corruption.

Khan in his petition requested the court to adjudicate upon questions of great public importance with reference to the enforcement of fundamental rights of citizens maintaining that tweaks into NAB law were person-specific.

On the other hand, the firebrand politician announced holding anti-government public gatherings across Pakistan with him addressing the main event at Parade Ground in the capital.

In a video message, the PTI chief said the demonstration will be held next Saturday evening for Islamabad locals and those from Rawalpindi.

Khan urged the masses to come to the streets for the future of upcoming generations, alleging that the incumbent government was trying to spread fear. The former premier urged people to break the ‘idol of fear’, cautioning that it will make them slaves.

Taking a hit at the new federal government, he said the increased tax provisions in the budget troubled the distressed salaried class. He maintained that ‘super tax’ would lead to inflation and unemployment.