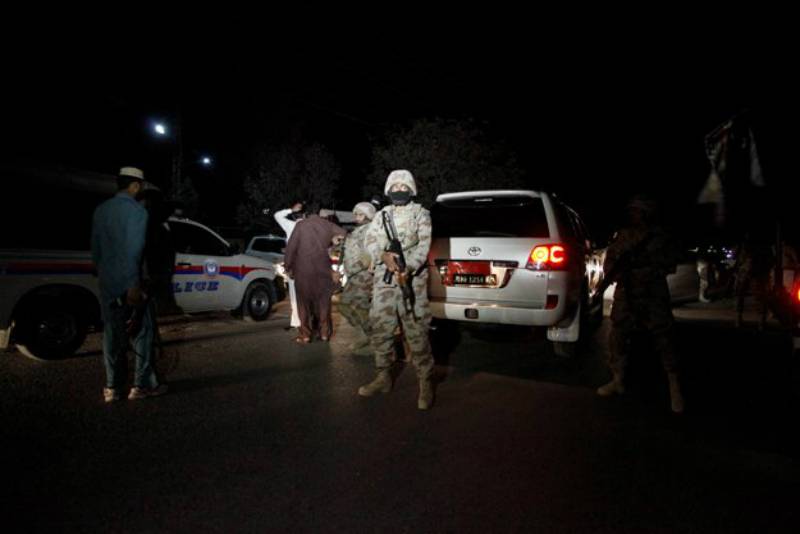 QUETTA - Sources on Tuesday hinted at  India's involvement in one of the deadliest attacks of recent times in Quetta, that claimed the lives of 59 security personnel and wounded hundreds of others.

Officials on Monday also stated that the Attackers were in constant contact with their handlers in Afghanistan.

Inspector General FC Major General Sher Afghan informed the press that the attackers acted on directions from Afghanistan and the initial investigation suggests the terrorists were affiliated with Lashkar-e-Jhangvi Al Almi, a terror group known to be supported by RAW.

Indian supported-terrorists have been active in Balochistan for the past decade. According to senior Balochistan government officials, multiple 'international agencies' operating in the province could be behind the nefarious attack.

Speaking to a Private TV channel, Balochistan Chief Minister Sanaullah Zehri had said in response to a question that the government had received intelligence reports a couple of days ago of the presence of militants who had entered Quetta to carry out subversive activities.

After the recent Uri attack in India, the hawks in Indian establishment threatened Pakistan with a terror attack in response to Uri at the “time and place of [their] choosing”. Previously, high-level Indian officials, like the National Security Advisor Ajit Doval, have been on the record claiming that India will support terrorism against Pakistan.

Pakistan’s stand on Indian hand in militancy had been vindicated by the confessional statement of Indian naval officer Kulbhushan Jadav, arrested earlier this year in Balochistan for allegedly running a network to carry out terrorism.

Indian Defence minister Manohar Parrikar also admitted, in one of his statements that India ‘neutralizes terrorists only through terrorists’ after a dossier was sent to UN by Pakistan.

India Today's report also revealed that a Technical Support Division (TDS) was raised by the Indian army specifically to carry out covert operations. TDS mission mainly related to financing of bombings and session movements in the neighboring states through pouring in of several crores of rupees.