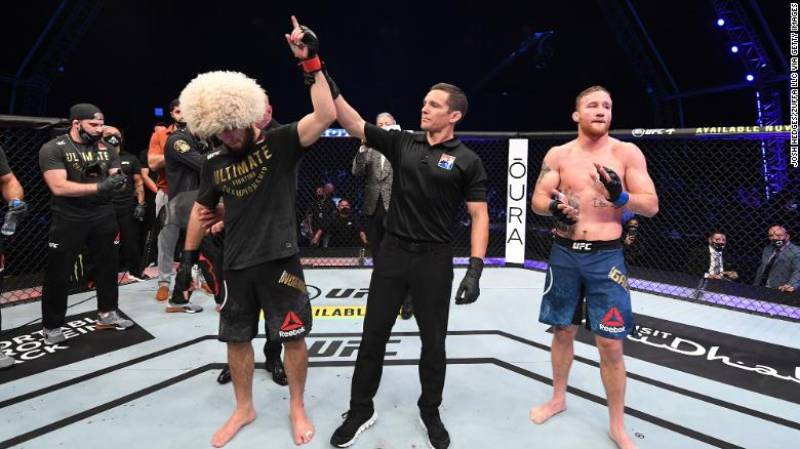 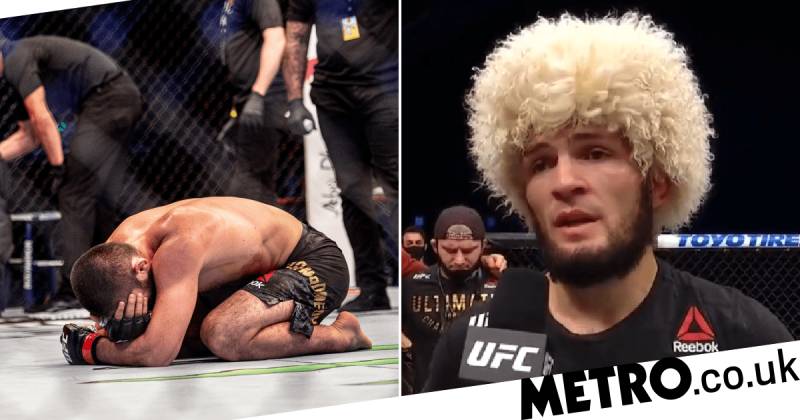 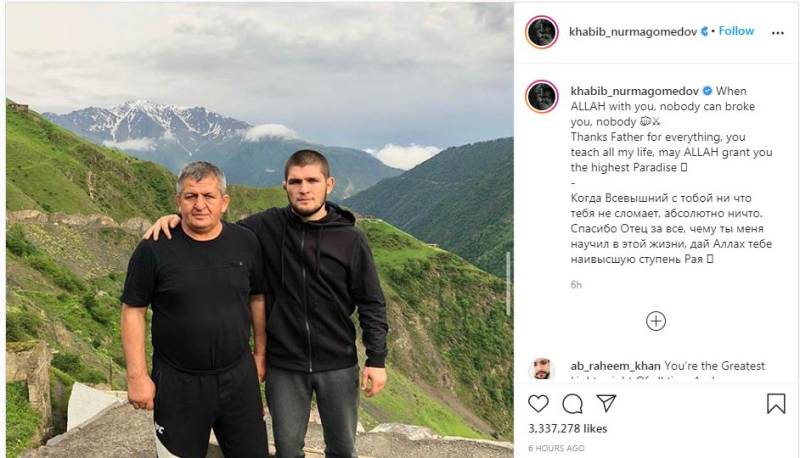 ABU DHABI — The unbeaten lightweight champion Khabib Nurmagomedov retired from MMA after defeating Justin Gaethje early in the second round at UFC 254 on Saturday night.

“This is my last fight, there’s no way I’m going to be back without my father. I spoke to my mother. She do not know how I fight without father, but I promised it’s going to be my last fight, and if I give my word, I have to follow it.” Nurmagomedov said.

The 32-year-old Nurmagomedov was active with strikes and with grappling against Gaethje (22-3), the dangerous brawler who had knocked out four consecutive elite opponents while winning the UFC’s interim lightweight title.

After spending the first round largely trading punches and kicks with the aggressive Gaethje, Nurmagomedov used his unparalleled wrestling skills to take down Gaethje early in the second round and then worked into position for the finishing choke.

Shortly after his victory, Nurmagomedov posted a photo of himself with his father on social media with the caption, "When ALLAH with you, nobody can broke (sic) you, nobody. Thanks, Father for everything, you teach all my life, may ALLAH grant you the highest Paradise."