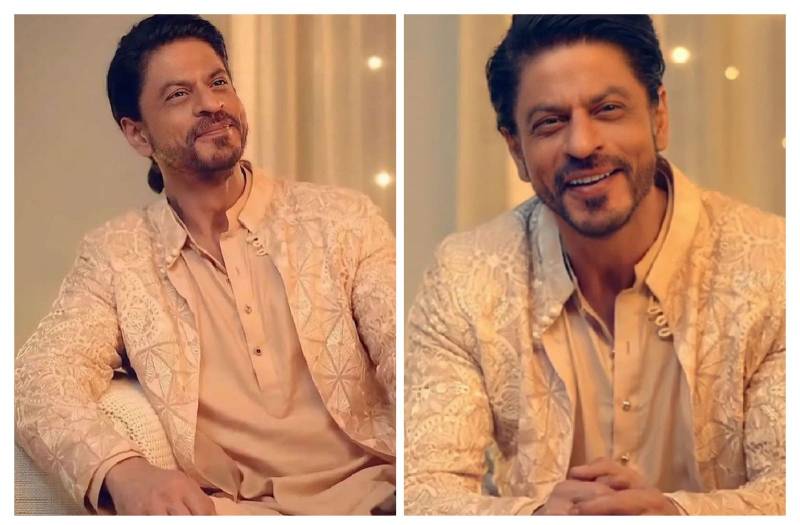 While Khan was widely admired for being an ambassador for hundreds of small businesses in India, it's his carefully designed stylish wardrobe that has become the talk of the town.

The dazzling ad spots SRK dressed to the nines in the uber-stylish White Royal Jacket from Faraz Manan's menswear line, which is embroidered with floral motifs and geometric shapes.

The Pakistani fashion designer is no stranger to dressing stars across the border. Kareena Kapoor Khan has been a prominent face in his campaigns as she modelled for his lawn line and walked the runway at Masala Awards 2018. 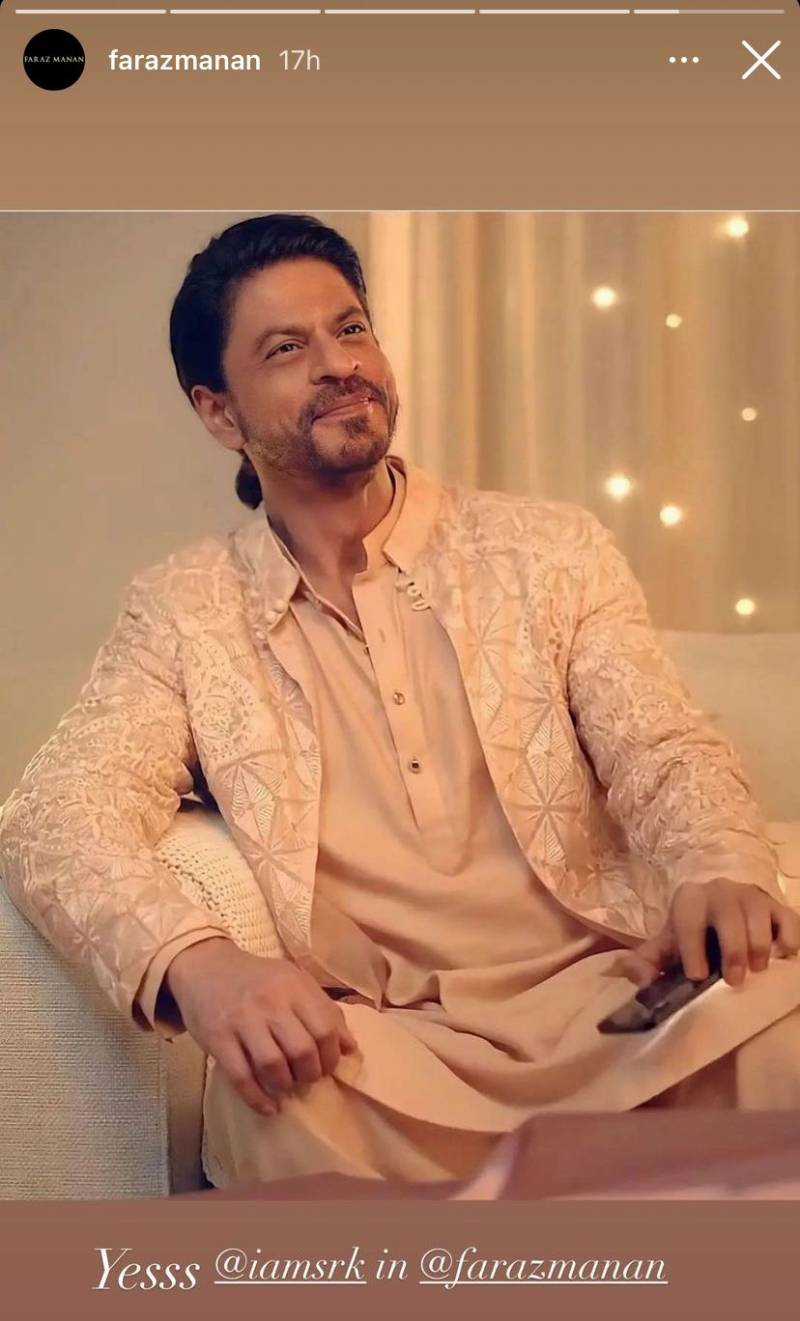 Lately, cross-border collaborations have been a treat for the fans but this might be the first time Bollywood King Khan has donned any outfit by a Pakistani designer.

Moreover, the 55-year-old superstar has been swept up in legal troubles lately involving his son Aryan, who is in jail in a case involving the use and possession of drugs. The 23-year-old's bail has been rejected by lower courts several times.

Fellow celebrities from the entertainment vicinity have extended their support to SRK. His massive fan following has also been super supportive with multiple Twitter trends.

Indian Twitter has been wrecking a storm on the internet after the hashtag #BoycottShahRukhKhan started trending. The ...