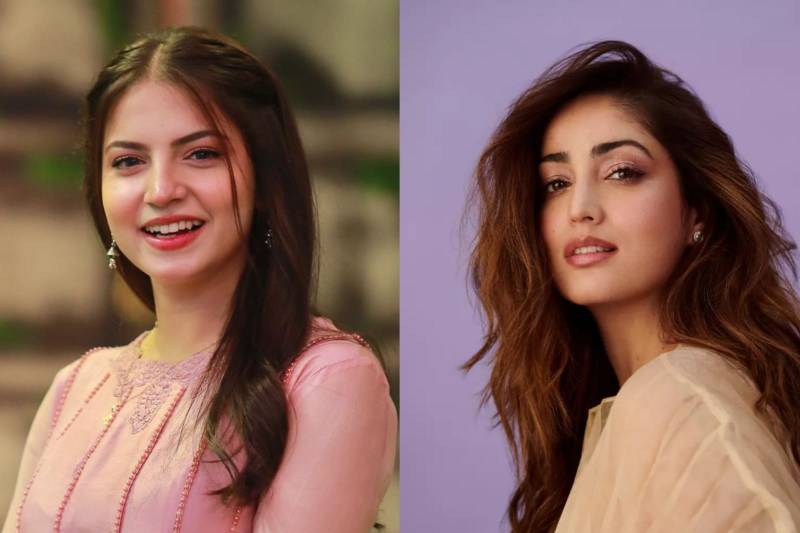 The secret that Lollywood's doll-faced bubbly girl Dananeer Mobeen is a huge fan of Indian actress Yami Gautum is out.

Mobeen, who came into showbiz accidentally after her video went viral, recently attended the Chicago South Asian Film Festival and shared the red carpet with Gautum.

The Sinf e Aahan starlet took to Instagram Stories where she shared a snippet of Gautam and herself, waiting to be interviewed. Dressed in a breathtaking desi white ensemble, Mobeen looked no less than an angel while the Kaabil actress wore a beautiful red dress that caught the attention of everyone present at the event, surely Mobeen was one of them.

The divas were among many of the Bollywood and Lollywood celebrities in attendance at the film fest which is held to celebrate the diversity and beauty of the South Asian cinema.

Dananeer Mobeen is a rising social media influencer turned actress who has proved her mettle with impeccable performance in Sinf e Aahan opposite many professional and A-list actors of Lollywood.

On the other hand, Yami Gautam is an accomplished Bollywood actress who debuted with Vicky Donor, opposite Ayushmann Khurrana, and cemented herself as one of the most talented and versatile actresses in the industry.

‘Pawri girl' Dananeer Mobeen has been propelled to unprecedented fame with a five-second clip that left the ...