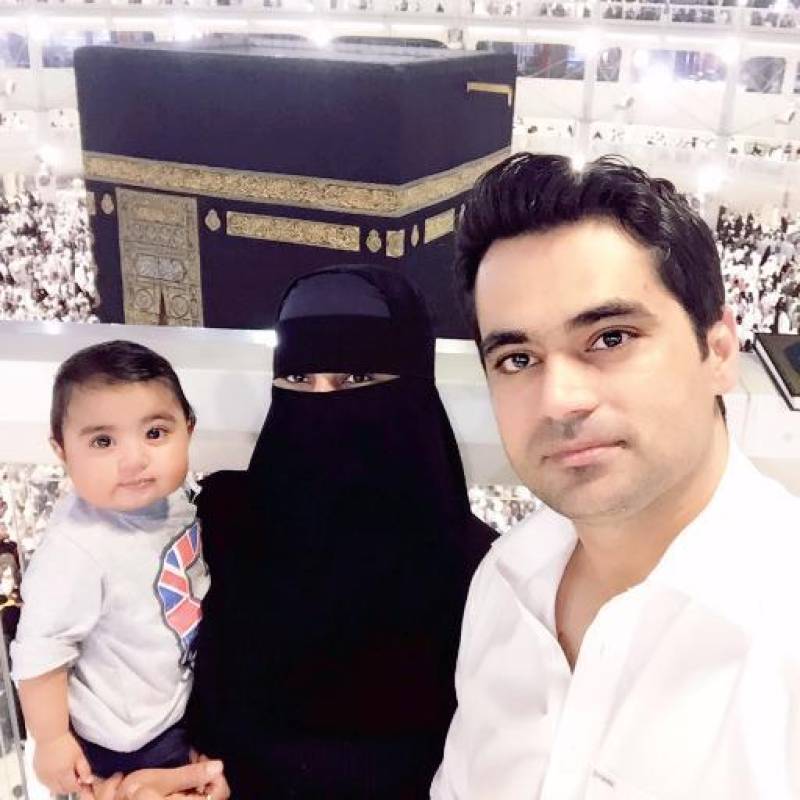 Abram, who is just seven months old, wore an ehraam which is a specific dress worn during Hajj and Umrah.

Veena and Asad said, "We are very happy to visit the holy Kaaba and get a chance to offer prayer. I seek blessing from Allah for me and my family and we had special prayers for the entire Muslim community to have peace and prosperity of our beloved people of India and Pakistan."

The couple will stay in Saudi Arabia for a week and they will also go to Madina to visit many historical and religious sites.

Asad and Veena will travel to Pakistan after they perform Umrah.

MASHAALLAH I LOVE THIS PIC ....!!! pic.twitter.com/JNrc7jFvL1

We are blessed to be called upon by Allah SWT to His Holy Home and Holy places of His Beloved Prophet (PBUH)..Blessed pic.twitter.com/LaHOZSFWVf