DUBAI - The International Cricket Council (ICC) on Thursday confirmed the  schedule of the Cricket World Cup 2019, which will be held in England and Wales from May 30 to July 14.

England and South Africa will play the tournament opener at The Oval, London on May 30, 2019.

Pakistan will start their World Cup campaign against West Indies on May 31, 2019 at Trent Bridge, Nottingham. They will next face England on June 3 at the same venue, Sri Lanka on June 7 in Bristol, Australia on June 12 in Taunton.

The full fixtures for the 2019 @cricketworldcup have been announced!

The mega clash between Pakistan and India will be on June 16, 2019 at Old Trafford, Manchester.

Pakistan will then meet South Africa on June 23 at Lord’s, New Zealand on June 26 at Edgbaston, Afghanistan on June 29 at Leed’s and Bangladesh on July 5 at Lord’s.

This schedule also gives fans across England and Wales the opportunity to watch world-class cricket on their doorstep with all teams moving around the country. We know from previous ICC events that every country will be proudly supported at each of the venues creating an exceptional atmosphere and a real celebration of the game.”

• Child tickets at every match, starting from £6 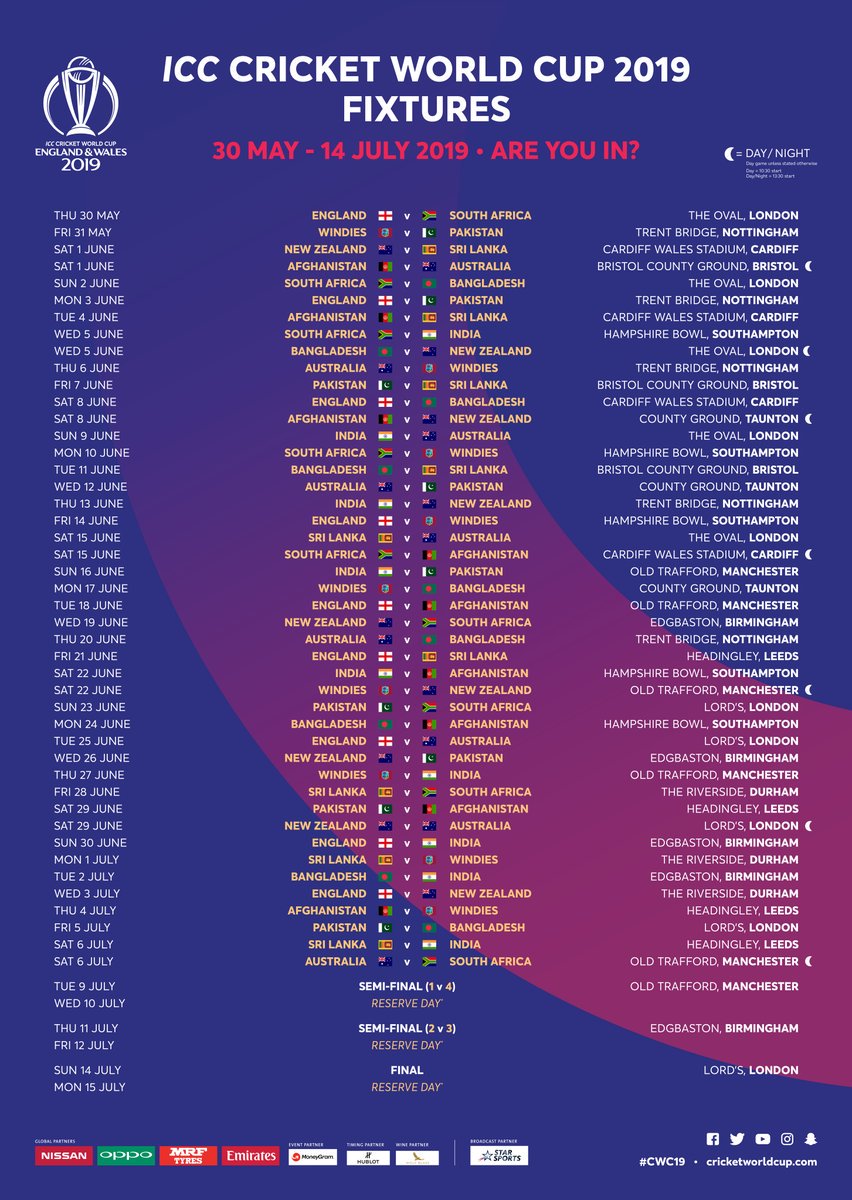