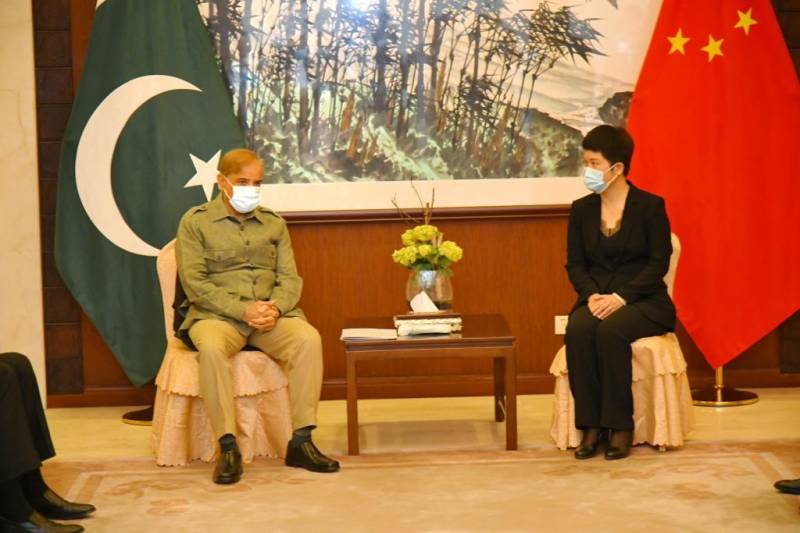 ISLAMABAD – Prime Minister Shehbaz Sharif paid a visit to the Chinese embassy in the country’s federal capital Islamabad after four people including three Chinese citizens were killed in the latest terror incident on Tuesday.

The premier met Chinese Charge d' Affairs to Pakistan Pang Chunxue in the Chinese Embassy in Islamabad, according to the PM Office. He offered his condolences on the demise of Chinese nationals in the Karachi University blast.

"We are deeply shocked and distressed at this dastardly attack on our Iron Brother. All Pakistanis mourn their loss and offer their condolences to the bereaved families," Sharif wrote in his note.

He further said that we remain committed to eliminating terrorists from Pakistani soil.

Foreign Office has also strongly condemned the terrorist attack in the southeastern region, saying it targeted Pakistan-China friendship and cooperation.

MoFA also issued a statement that cited “The government and people of Pakistan extend their deepest condolences and sympathies to the families of victims who lost their lives in the incident”.

“The cowardly incident is a direct attack on the Pakistan-China friendship and ongoing cooperation. Pakistan and China are close friends and iron brothers. Pakistan attaches great importance to safety and security of Chinese nationals, projects and institutions in Pakistan,” it further added.

Earlier in the day, the premier directed Sindh Chief Minister Murad Ali Shah to ensure the best medical facilities for the injured.