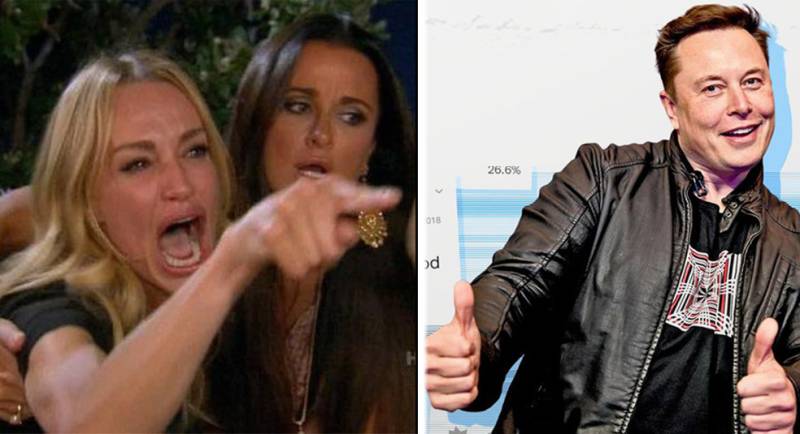 As world's richest person Elon Musk clinched a deal to buy social media giant Twitter for a mammoth $44 billion, the microblogging platform saw a storm of hilarious memes and a frenzy of amusing tweets.

The new Twitter owner, who is known for his investments in tech industries including space exploration, electric automobiles, and AI, is a self-proclaimed free speech believer and has bought Twitter to curb endangered ‘free speech’ on a platform that had become crucial in recent years.

Musk issued a statement after sealing the deal: “Free speech is the bedrock of a functioning democracy, and Twitter is the digital town square where matters vital to the future of humanity are debated."

“I also want to make Twitter better than ever by enhancing the product with new features, making the algorithms open source to increase trust, defeating the spambots, and authenticating all humans,” he added.

Netizens have been mostly amused but some are unhappy with the turn in events since it may signify the return of former American president Donald Trump whose account has been banned on the networking site. Twitter users have still managed to take it lightly and churn some memes out of it.

Social media users reacted to the move that comes following pressure from global leaders and regulators over the content that appears on the social networking site.

From rib-tickling memes to jokes to suggestions, here's how users are reacting to the development.

One fine morning, bored #ElonMusk decided to go for a shopping and bought Twitter. Say hello to the new CEO of Twitter.#TwitterCEO #twittersold pic.twitter.com/soFRewB6wm