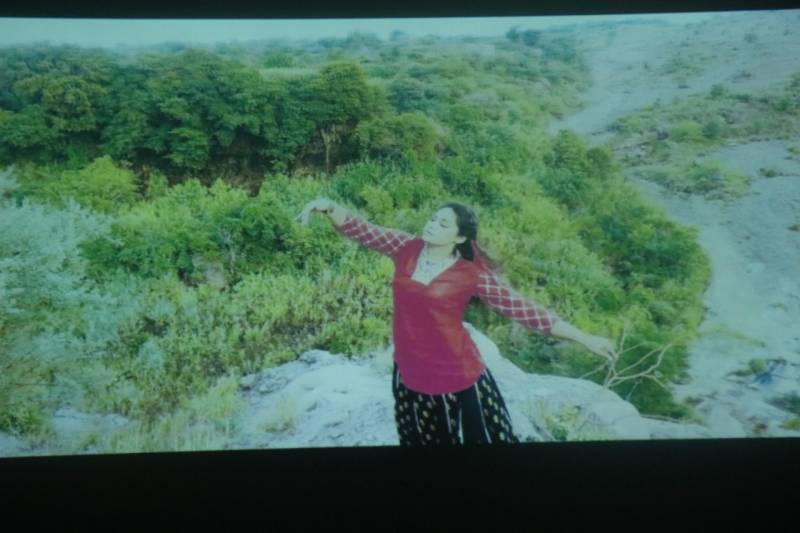 LAHORE – The pre-screening ceremony of Maham Suhail’s new Sufi song was held at a local hotel in Punjab capital the other day.

The ceremony was attended by renowned musicians, producers and artists from Punjab and Gilgit-Baltistan. Kamran Lashari, DG Lahore Walled City Authority and Ex-Chairman Alhamra Arts Council, was the chief guest on the occasion while National College of Arts Prof Sara Zaman and University of Gujrat’s ex-VC M. Nizam were also present there.

Speaking on the occasion, Maham Suhail said Sajjan Yaar describes the realities of life and the video of the song explores the different perspectives of life and especially the Sufism. “Every word of the song has an inbuilt world in it, as one listens deeply, one moves from one world to another, getting out from the hectic and worldly life.

“This song explores ways and means to seek, attract Almighty's blessings and guidance for the real world, the Hereafter.”

Maham lauded the efforts of her parents, Khawaja Suhail Iftikhar and Prof Dr (r) Sabrina Suhail, and her sister Ushna Suhail in the completion of her video. She thanked her teammates, especially Rafay Shahzad, Wali, Zahid Meo and others whose hard work and support made her song’s pre-screening ceremony a memorable event.

Kamran Lashari greatly appreciated the efforts, talent and hard work of Maham Suhail, saying he saw a lot of promise and talent in her past performances and the new song, Sajan Yar, which solicits human effort to earn the blessings of Creator.

"The song Sajjan Yaar is an excellent effort by young and sensational Maham, which is not less than a masterpiece in the field of Sufi Music. She is highly talented and committed, and is bound to excel at a higher level," Lashari added.

He also wished success in her oncoming Master's Degree Program at one of the world's best music universities, Berkley College, next month, in the field of Audio and Video Production, Innovation Technologies.

Maham also earned appreciation from Prof Mrs Sara Zaman, who lauded her skills and hard work as an extraordinary and brilliant effort.