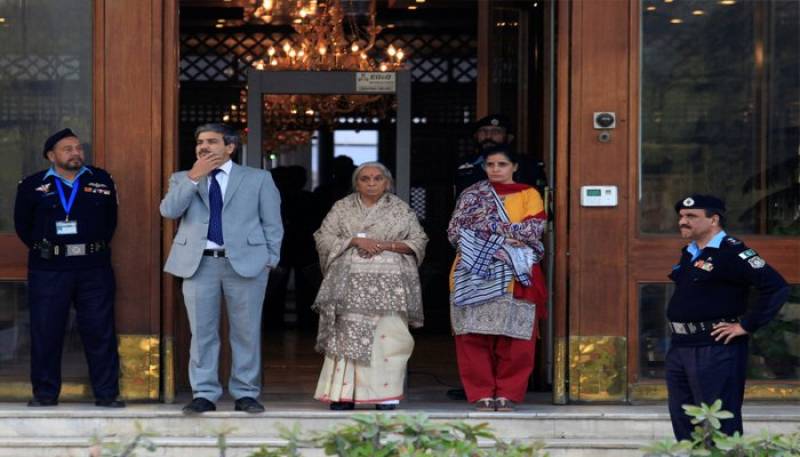 ISLAMABAD - The Pakistani authorities took the shoes Indian spy Kulbushan Jadhav’s wife was wearing upon arrival in Pakistan, giving her an alternate pair before she was sent to meet her husband, according to the Foreign Office spokesperson.

According to the official of the Pakistani foreign office, Chetankul Jadhav’s shoes were taken over suspicion after authorities felt there was something fixed in them.

Chetankul’s shoes were kept for investigation, while everything else, including her jewellery was returned, the Foreign Office Spokesperson, Dr Muhammad Faisal said in a statement.

As the pair of shoes is in the custody of the Pakistani authorities, it was being ascertained whether the metallic objected suspected to be fixed in them is a camera of a recording chip, stated the spokesperson.

Jadhav’s wife Chentankul and mother Avanti reached Pakistan Monday to meet him at the office of the Ministry of Foreign Affairs in Islamabad.

Commander Jadhav — an on-duty Indian navy officer working for Indian covert agency Research and Analysis Wing (RAW) — was arrested on March 3, 2016, from Balochistan, after he entered into Pakistan from Iran. He has been convicted of espionage and sabotage activities.