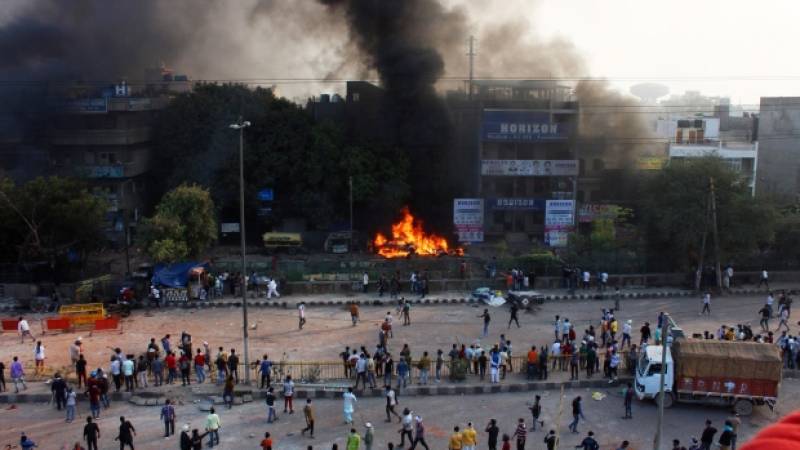 NEW YORK - The United Nations (UN) has expressed concern over the deadly clashes between Hindus and Muslims claimed at least 23 lives in the Indian capital New Delhi.

At the regular briefing at UN Headquarters in New York, Secretary-General's Spokesman, Stephane Dujarric underscored the need for the Indian forces to show restraint and allow the protestors to demonstrate peacefully.

At least 20 people have so far been killed and a mosque also set on fire by Hindu mobs during protest demonstrations against the controversial citizenship law.

On Tuesday, more than 150 people also got injured in the violent clashes. Section 144 of the Criminal Procedure Code barring the meeting of more than four people continued to be in place in parts of the district, but mobs led by Hindu extremists have the full backing of Indian law enforcement authorities.

Tense situation in the violence-hit areas continues to prevail so far with police and paramilitary personnel on the ground.