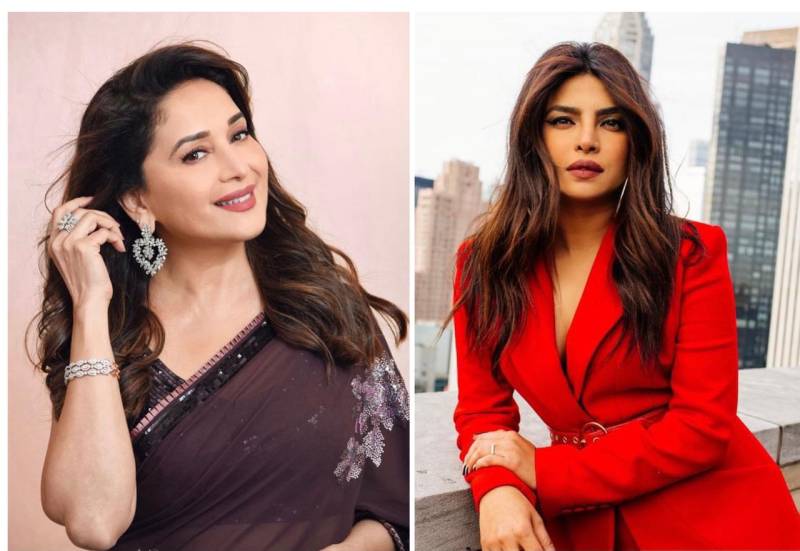 Bollywood's leading lady Madhuri Dixit has finally disclosed that the American series based on her life that was produced by global star Priyanka Chopra has been cancelled.

According to The Indian Express, the 54-year-old actress added, "There were ongoing discussions and we were trying to pitch it and Shri Rao, director of The Fame Game, who has written the script of the show, was involved with that project too. But sometimes things work and sometimes they don’t. We tried to get that sitcom approved but it didn’t pan out.”

Moreover, she said the show was not entirely her biography but "part fiction and part reality". Dixit also mentioned that some bits from her life were to be incorporated into the comedy series by ABC but it is done and they aren't working on it anymore.

About five years ago, the Quantico star had announced that she was making an American series inspired by the life of the Devdas actor after the latter gave up fame for a life in the US suburbs. The White Tiger actor had taken the news on her social media handle and wrote,

"One of the favourite parts of my job is to be able to tell stories across genres, languages and to a varied audience. Today I’m happy to share with you another step I’ve taken on that creative journey, in my role as a producer. This particular story is one of a few Hollywood projects that I am currently developing.”

On the work front, Madhuri Dixit has made her first OTT debut with the Netflix mystery-thriller series The Fame Game and has been lauded for her spectacular performance.

Bollywood dance queen Madhuri Dixit, who has won over millions of hearts with her stunning performances on big ...