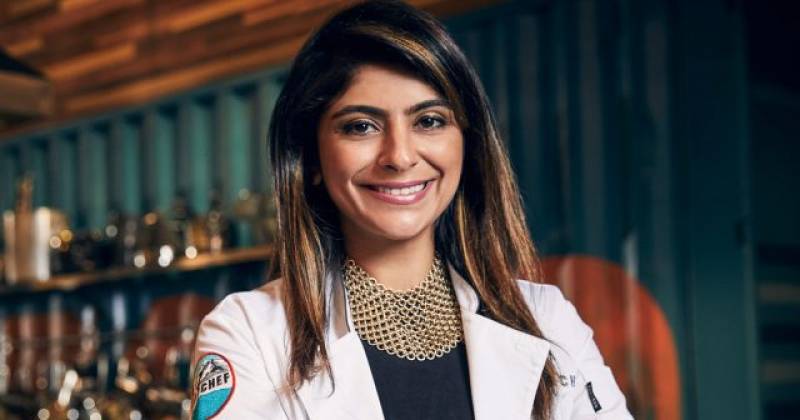 After revealing that her cancer had returned following surgery, Ali had shared the first photo of herself in weeks as well as a request for prayers from fans in early January.

She had posted a photo on Instagram in which she revealed that she was getting sicker after having bravely fought her cancer.

Opening up about her condition, in a heartbreaking post, the young star shared a selfie, where she smiled into the camera from what appeared to be a hospital bed.

Fatima had written: “I know it’s been ages since I posted and most may have figured out why. I’m sick and unfortunately, I’m getting sicker.”

I know it’s been ages since I posted and most may have figured out why. I’m sick and unfortunately I’m getting sicker. Right now all I need are prayers; prayers that are simple. I hope, because a wish is putting on too much responsibility on the other, that you will somehow find forgiveness in your big heart for whenever I must have hurt you. I thank you a million times over for when you have given me joy. I’ll try to keep everyone updated the best that I possibly can.

Condolences were being paid to the brave-hearted Fatima from different sectors on social media.

Fatima's family shared the sad news on her Instagram's account with picture collage and a long note describing their daughter's valor and high hopes :

Fatima was at home with us, surrounded by her loved ones and beloved cat Mr. Meow, when she left us in the early hours of the morning. When someone as bright and young and vivacious as our Fati passes, the only metaphor that seems to fit is that of a star—a beacon in the darkness, a light that guides us, on which to make wishes, from which to weave dreams. For all the comfort and beauty they offer us, stars, too, are impermanent. This morning a great one was snuffed out. Though she’s no longer here with us, her spirit will continue to steer us. We hope that you, too, will listen to her lessons: Live your life as she did—to the fullest. Pursue your passion; spread love and joy; be kind and forgiving; be generous; enjoy every morsel—from humble street food to decadent fine dining; cook for the people you love. Travel the world and seek out adventure. Help others and don’t be afraid to take the road less taken. Fatima will always be a part of us, and in fact if you look deep enough, you may find your own inner Fati. If you’re lucky enough to find her there, trust her, listen to her, because she will change your life for the better. We’ve learned a great deal over the course of her illness, not only pragmatic lessons we wish we hadn’t needed to learn about her disease and our health system, but about the immense love of which people are capable; about the power of being true to yourself; about how we can be better if we model ourselves after someone like her. We want to thank everyone from the bottom of our now broken hearts. We’re eternally grateful for the unending support, love, and generosity shown by people along the way—from random strangers we passed on the street who would tell her how much they admire and respect her; to all her doctors and nurses who did their best; the chefs and hospitality friends who are now part of our extended family; and the big wigs that reached out to see how they can make her dreams a reality. This has been a truly humbling experience for us all and even in her last chapter as she began to leave us, Fatima showed us how we should live.

America's well-known host Ellen Degeneres paid tribute to the young chef and said that she felt lucky she had met Fatima:

“I was lucky to share this visit with Fatima. I wish I could have shared more. Sending so much love to her family. I hope they find comfort in knowing how much light she brought to the world,” said Ellen DeGeneres.

I was lucky to share this visit with Fatima. I wish I could have shared more. Sending so much love to her family. I hope they find comfort in knowing how much light she brought to the world. pic.twitter.com/0xAbZSjzFr

It’s with a heavy heart we say goodbye to Fatima Ali today, as she has lost her battle with cancer. I will miss you Fati, and you will be in my heart forever. I’ll always remember the great times we had, especially our interview during the tailgating episode discussing football, stadiums, and Taylor Swift. Much love, Bruce 😘 #fuckcancer #cheffati #topchef #friends #family #itsnotfair

'A cloud of death is following me' she said.....
Top Chef Fatima Ali who inspired others to live their life as best as they could, sadly passes way.#RIP #ChefFatimaAli pic.twitter.com/o29VaSH009

Amazing girl with such an amazing future. #RestInPeace #ChefFatimaAli https://t.co/L8vG91jNKA

Sending all my love and prayers to the @BravoTopChef family and Family and Friends of @cheffati . The world will be worse because we won’t have your cooking but we are better for having known you!! Thank you for sharing your gifts with us. #ChefFatimaAli pic.twitter.com/O1HXPbInQd

The celebrity chef revealed in a heart-breaking essay back in October that doctors estimated she had only a year left to live.

She wrote an essay for Bon Appétit in which she spoke about how she and her doctors had thought the cancer was gone but was back in her hip and femur.

She was diagnosed with Erwings Sarcoma not long after competing for the 15th season of the cooking show in 2017.