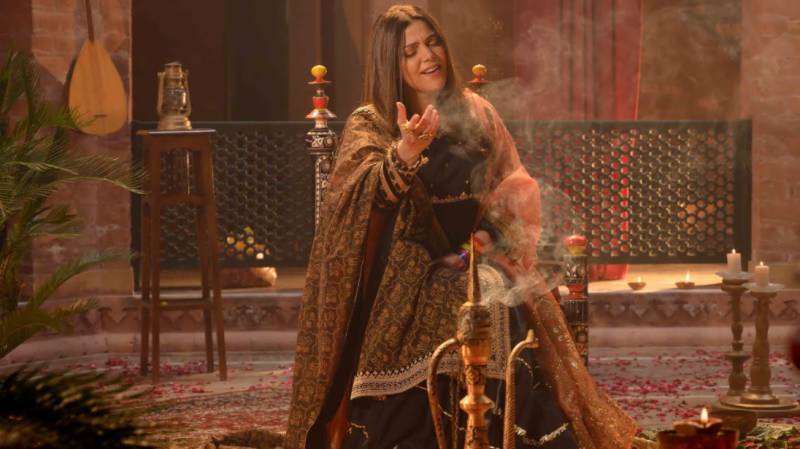 Tamgha-e-Imtiaz recipient Hadiqa Kiani has stepped into the realm of qawwali with her latest track Jaanay Iss Dil.

From Pop music to acting and singing in foreign languages, Pakistan's bonafide pop star is a talent powerhouse.

Dressed to the nines, the Hona Tha Pyar singer is all dressed up in a regal ensemble by ace designer Mohsin Naveed Ranjha, paired with ornaments by Huma Adnan.

The OST of Raqeeb Se has been composed by Hadiqa and written by her mother Khawar Kiani.

Known for her seraphic voice and talent, Kiani's performance in her drama serial Raqeeb Se's first episode has been well received by the fans.

Here is the official video of the qawwali Jaanay Iss Dil:

Hadiqa Kiani is all set to make her acting debut in Hum TV's upcoming drama serial Raqeeb Se. With huge names like ...